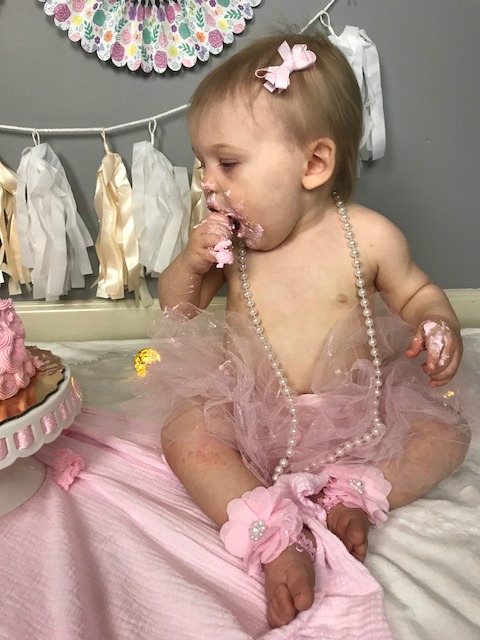 I knew before I even got pregnant that if I ever had a baby, I would want smash cake photos. I just think they are absolutely adorable and a great way to capture the huge first birthday milestone. And also the milestone of your very own first cake! My photographer wasn’t available to do them until a few weeks after Zoe’s birthday…and that didn’t make much sense to me. So I looked at Chris and said…we can do this ourselves! I don’t quite think he knew what we were in for. None the less, Chris has some photography equipment that he purchased several months ago that we never even took out of the box and it gave us an excuse to at least get the lights out.

Anyways, the tutu Zoe is wearing was purchased when I was pregnant. I put it on her around the three month mark and took a few pictures of her then but was saving it for a special occasion. The pearl necklace is mine, and we just got a pack of bows for her hair a few weeks ago at Target and since the headband that matches the tutu no longer fits, I thought the bow was perfect!

The cake stand is from HomeGoods, I swapped out the black bow it came with for a pink one with white polka dots. Publix made the smash cake, they are also making her birthday cake for this weekend. The tassel banner is from Hobby Lobby, the colorful pendants and gold string lights are from Target. The top pink blanket is an Aden and Anis (present at baby shower) and the white throw is Kate Spade from TJ Maxx.

Zoe didn’t get as into the photos as I would have liked. I think the lights were too bright, we did it right after she woke up from a nap and all she really cared about was eating the icing. I can’t blame her there. I love icing too! I feel like they turned out really cute though. All the photos I am sharing today are from my iPhone 7. Chris took many with our DSLR but if I waited until we downloaded and edited those, she might be two before I shared them. Haha! If you are coming to Zoe’s party this weekend, pretend like you are shocked that you will get one of these sweet pictures to take home, ok?! And now for the photo dump. 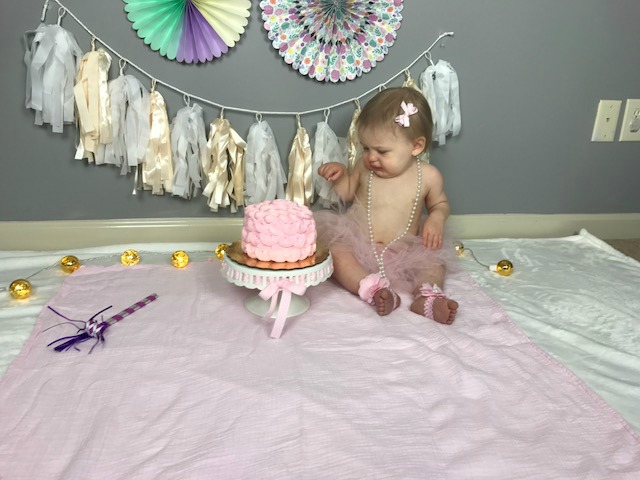 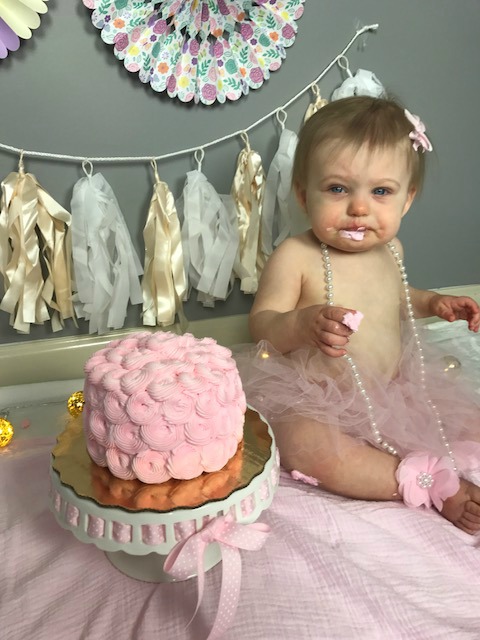 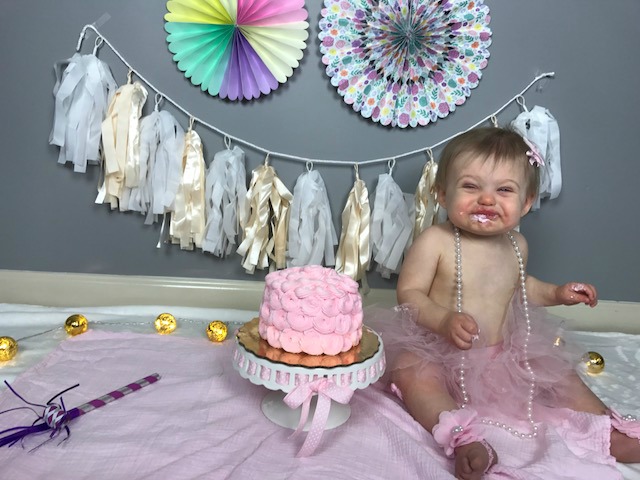 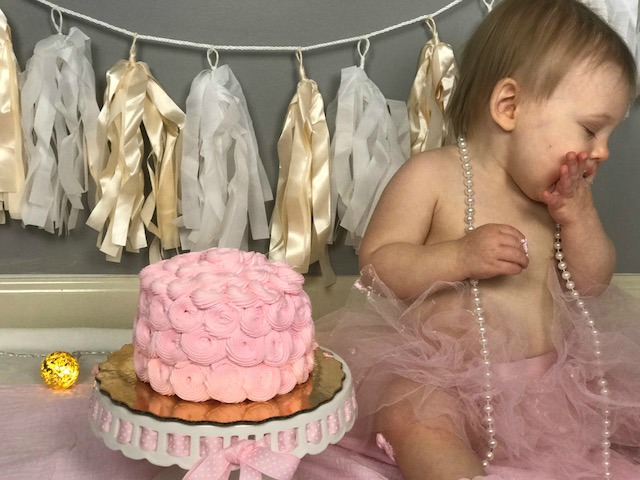 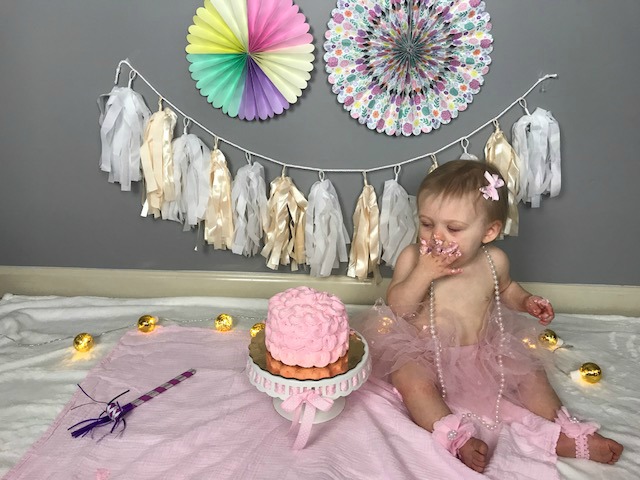 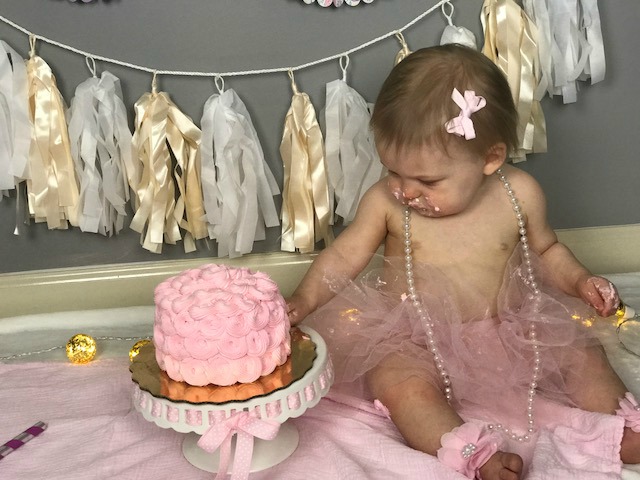 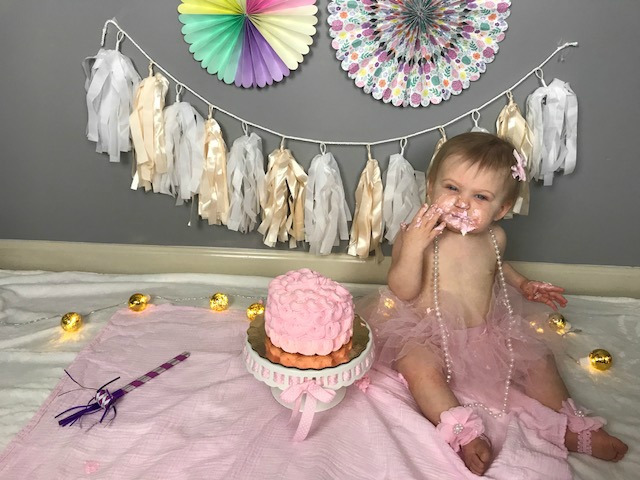 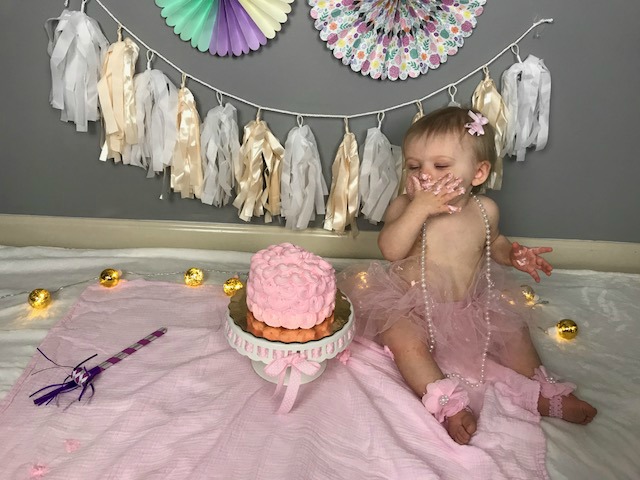 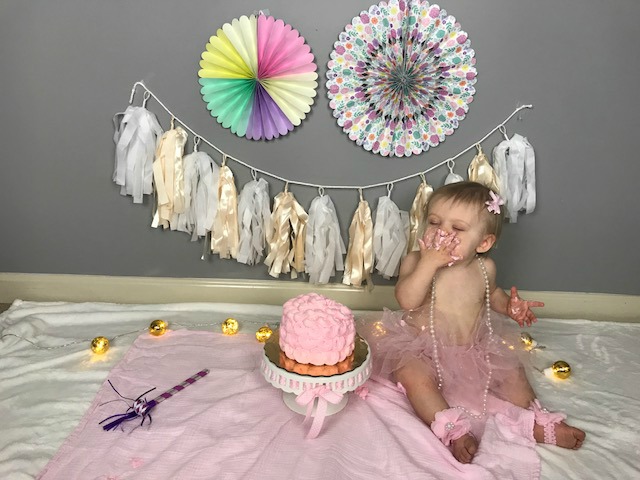 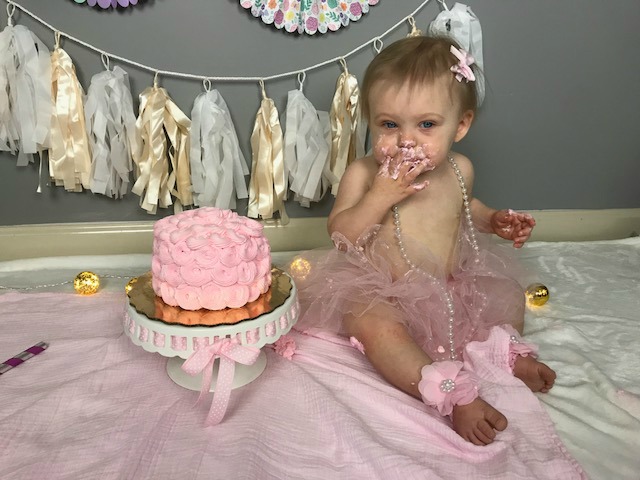 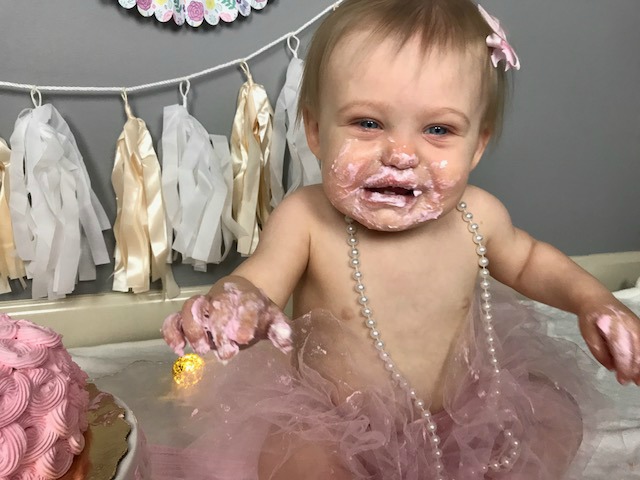 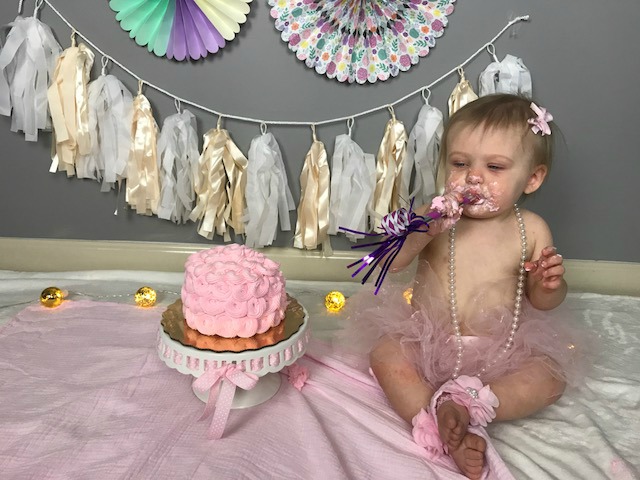 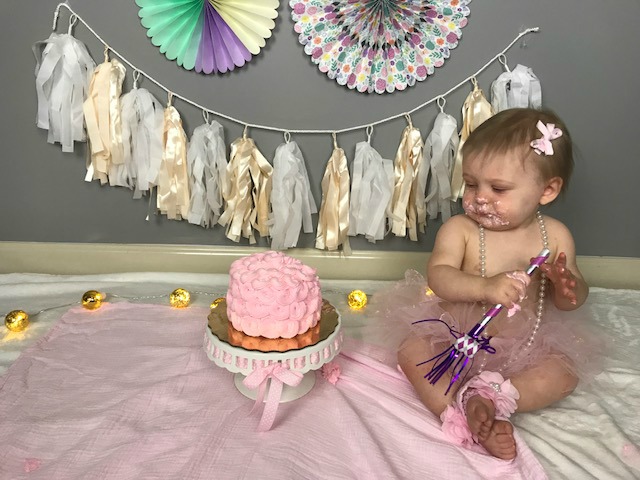 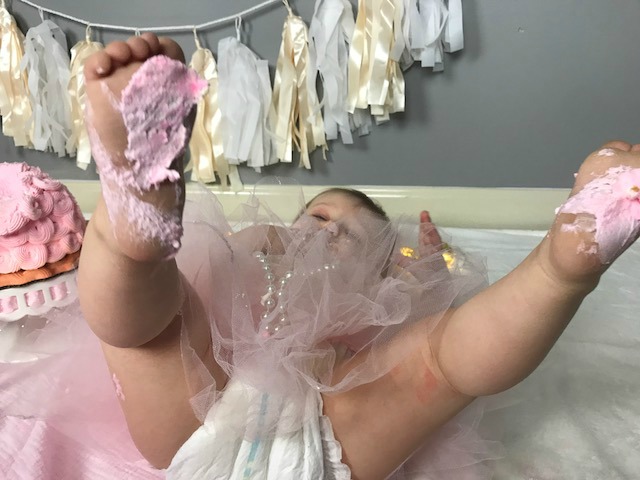 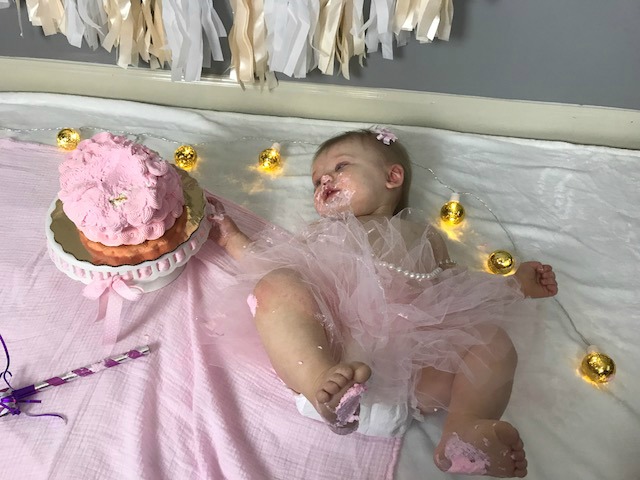 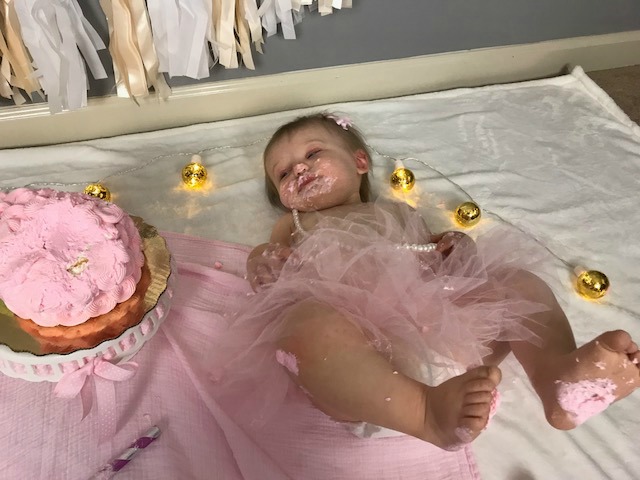 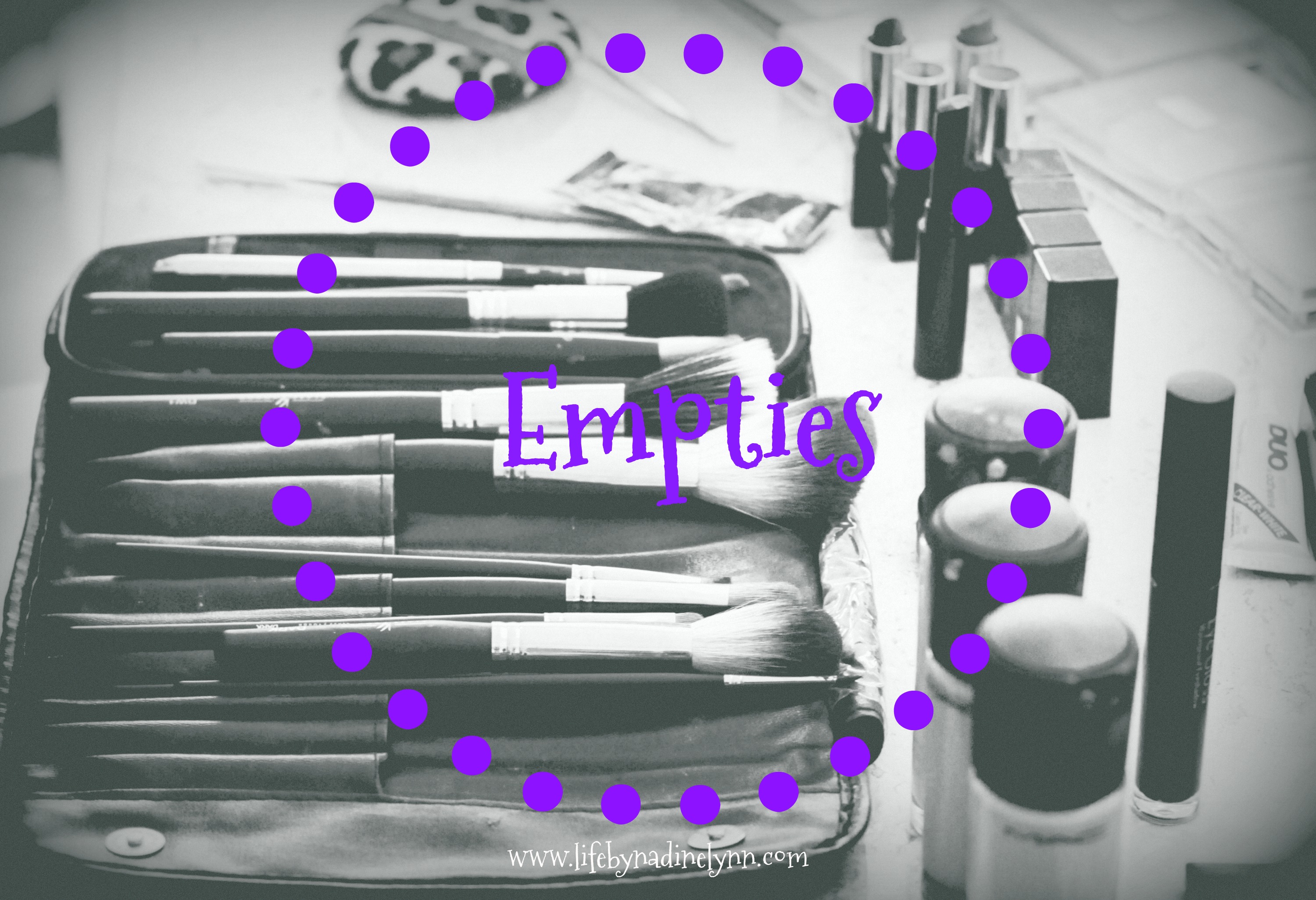 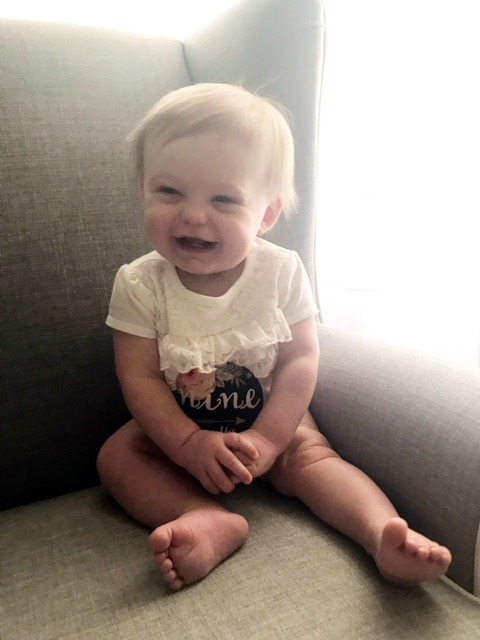