When you are pregnant or have a newborn, you learn very quickly that everyone and their mom wants to impart their wisdom on you. Sometimes the advice is welcomed, but most of the time it isn’t. I am not sure what it is about being pregnant and having babies, but people are so judgy and have an opinion about everything!!!

Before I got pregnant, I had in my mind what it might be like to be pregnant. I knew that it wasn’t always going to be sunshine and rainbows. I had a sneaking suspicion that I wasn’t going to be one of those women that just loved to be pregnant. People would tell me, oh I miss being pregnant! I thought it was total crap. But I get it now.

To be honest, looking back on my whole pregnancy, I was lucky. Sure, the first few months were a little hard because I was a nervous wreck second guessing every cramp or feeling that would be different. I was emotional and tired AF!!! But the middle? It was sort of fun. I got back some of my energy and I really started nesting. I loved the nesting phase, I got a lot of shit done!!! And when I started feeling those baby kicks??? It was the most amazing thing I have ever felt in my life. The last month??? Sucked major balls. Major balls. I was so miserable the last month I honestly didn’t know how I was going to make it most days. I was slammed at work, I felt like shit, I could barely get around, I wasn’t sleeping and I was just ready for baby to get here. And the swelling. Dear Lord, the swelling!!! No one told me that the swelling would actually hurt.

Everyone jokes about how new parents don’t sleep. This is nothing to joke about. The first three weeks were rough with capital woof! I felt like I was constantly feeding, pumping or burping the baby. I couldn’t sleep because the baby wasn’t sleeping much. I couldn’t sleep because I was constantly checking on her to make sure she was ok and breathing. I couldn’t sleep because I knew there was a million things that needed to be done around the house. Do you see where I am going with this? Yes, it is all normal. But what people don’t tell you is how this makes you an emotional basket case. I can’t tell you the number of times I broke down and cried since bringing Zoe home. I thought, why does anyone have a second kid???

Finally, around the fifth week she started sleeping four hours straight in the night and I actually slept. It was like I was a whole new person after three or four days of four hours of sleep! But I was still crying.

Now I cry because I love Zoe so much that it literally hurts.

Now I cry because seven weeks have gone by and she is getting bigger and I already miss how tiny she was just a few weeks before.

Now I cry as I put her newborn sized clothes in a box because she is too long for them.

Now I cry because I have to go back to work and I cant imagine being away from this little girl for even five minutes, yet alone a whole work day.

Now I cry because one day Zoe is going to come home from school upset because someone hurt her feelings.

Now I cry because one day someone is going to break her heart.

Now I cry when I go to pick Zoe up first thing in the morning and her frown turns into a huge smile when she sees me and I think, will she always smile like this when she sees me?

Now I cry because I am a huge sap.

Don’t take this the wrong way. I am the happiest I have ever been in my life, I don’t think I have postpartum depression or anything like that. I think this is just the way all new moms probably feel? The thing is, people don’t talk about this. No one told me I was going to cry this much!!! Ok, that isn’t true. Laura actually warned me that this was going to happen, but she was the only one!

I know before I got pregnant I thought that going back to work wouldn’t be that big of a deal. That I would probably look forward to the break during the day and adult interaction. I don’t feel that way at all. Before I got pregnant, I didn’t understand how women could say that they missed being pregnant. I thought, who would miss being that large and uncomfortable. But now I know that amazing connection that only you have with your baby as you carry it for 40 weeks and feel the heartbeat from within. Feel the kicks, the punches, the rolls, the hiccups.

I sat in the chair last night rocking my hiccuping Zoe to sleep, crying because it reminded me of how her hiccups felt inside my tummy. You know, because crying is just a part of life now.

But you guys, this smile…. 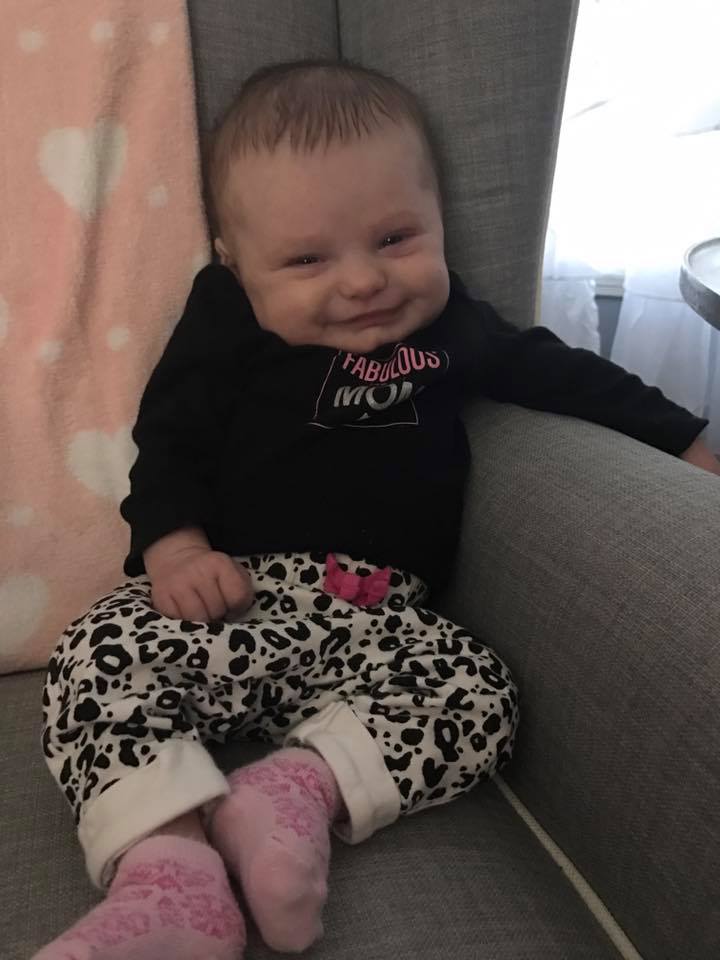 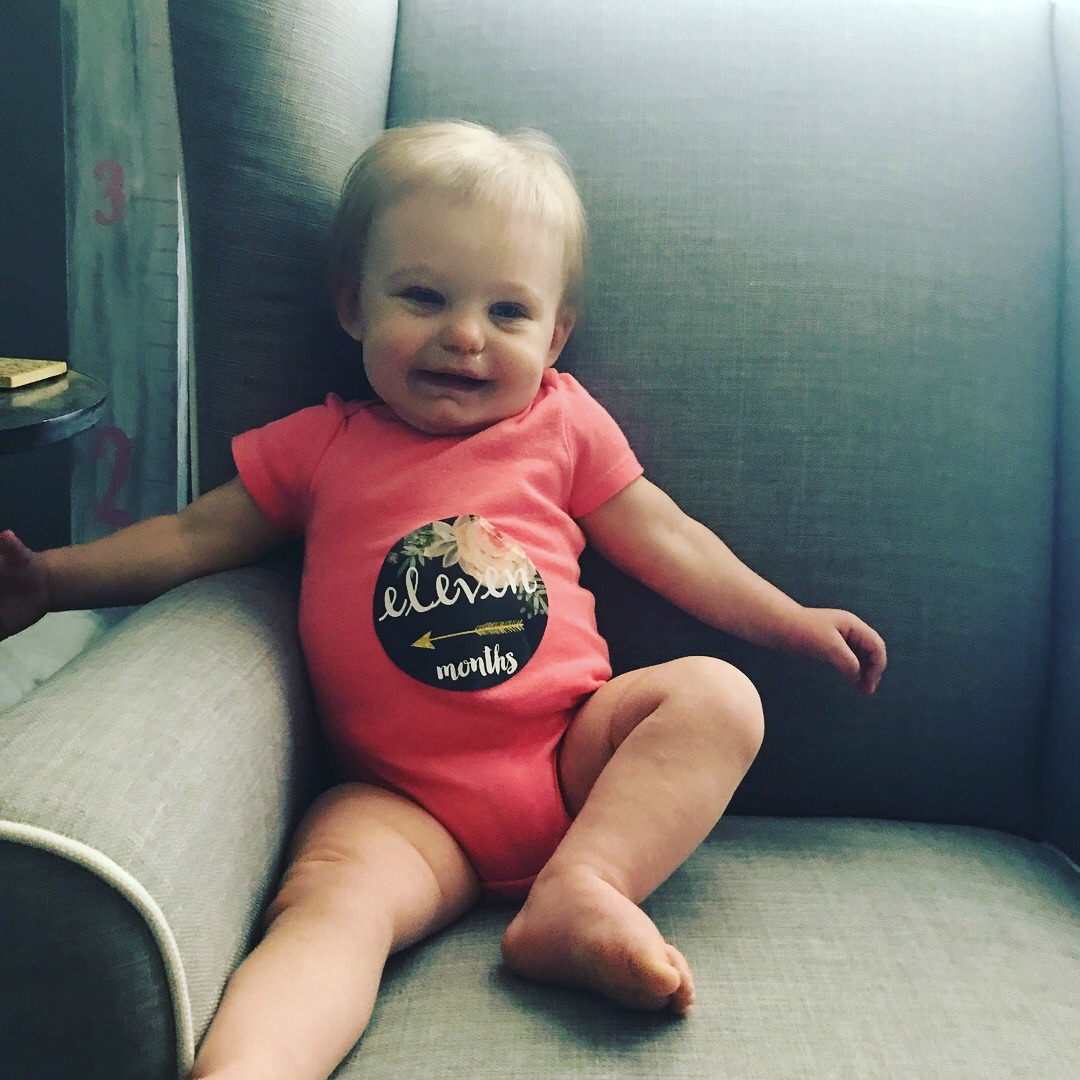