Well, hello there Monday. It seems we meet again. You know what that means? It is time for some weekend shenanigans!!!

Friday- Chris and I headed over to his sister’s house after work. They needed some help loading some items, and we ordered some Mexican. Nothing makes me happier than some chicken enchilidas and chips with salsa!
Saturday-  Chris and I headed down to World of Beer around 1:00 pm to hang on their patio. They had a live band and were doing a cook out. We got to try some new beers while we were there, and they were awesome! 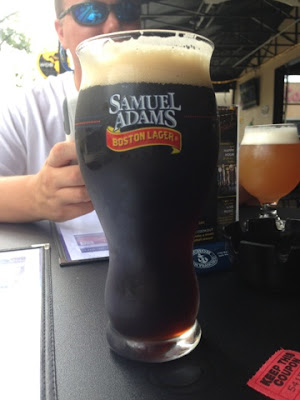 This isn’t Sam Adams it is actually a beer from England that has cherry and chocolate notes.

This beer is by Abita in LA and is called Stawgator. It was amazing! They ran out of it while we were there.

So handsome he is! 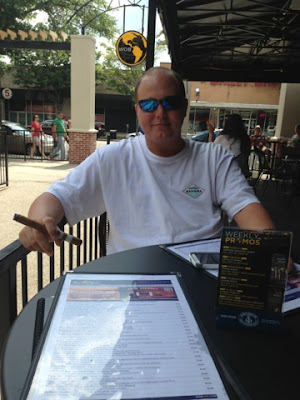 We stayed for several hours, then headed up to his sister’s house that evening. They invited us over for dinner and it was wonderful, then we played some a hip hop dancing game on Kinect. That was a work out for sure!!! So much fun though!
Sunday – We made a big breakfast and watched a few episodes of PLL, then it was time for our Sunday usual! We headed to Bargain Hunt! I scored these super cute boots for $5 for one of my nieces. After we left there, we went grocery shopping, and I had to stop by Sephora to pick up some foundation. It’s never good when you run out! 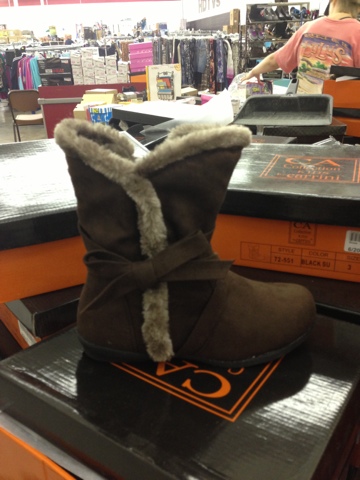 Sunday evening we watched some more PLL because we are totally addicted. We are close to being on season 3 already…just ridiculous!
Lately my lunches have been looking like this. A salad, some cottage cheese and a whole wheat pita with hummus. Sometimes instead of the salad and cottage cheese I have tomato soup. Yum. 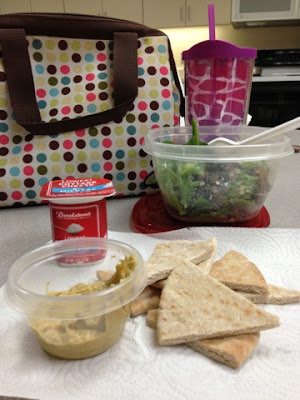 I hope everyone has a wonderful week!