Another weekend has come and gone. I can not believe it is the middle of July?!

Friday – Work has been crazy this past week since I was gone for a few days. I am super behind and worked really late on Friday to try to catch up some. After I left work, I went and met Chris at his boss’s lake house. We watched the sunset over the lake and chatted for awhile, then Chris ordered Fox’s pizza to pick up on the way home. I love that Fox’s pizza is actually from the Pittsburgh area. Makes me feel a little “at home.”

Saturday – I got some stuff done around the house Saturday morning, then Chris and I headed to World of Beer to meet up with Laura! Her husband was out of town, so we adopted her for the day. I am so glad that I met Laura. Her and her husband are so much fun to hang out with. She shares in my love for beer, cheeseburgers, foul language and nail polish. I don’t really know what more you can ask for from a friend?! 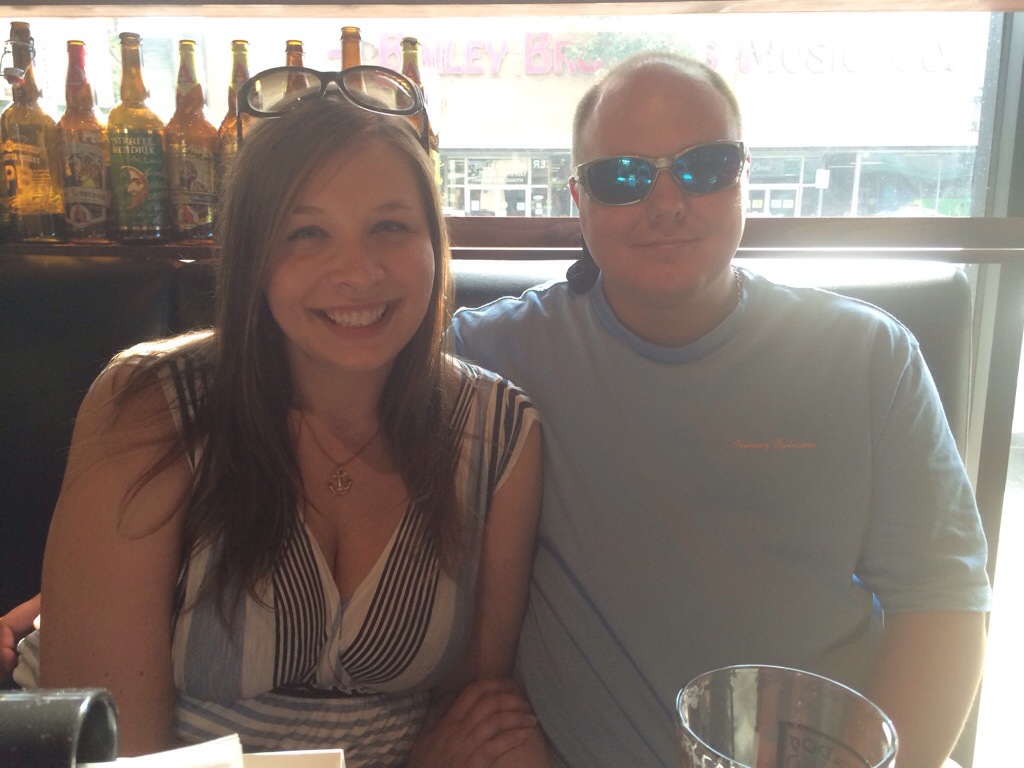 I ordered a Straight to Ale Watermelon Wheat to start off with. It tasted NOTHING like watermelon which was rather disappointing. Even so, it came it a super cute class. I really wish I would have someone made the glass come home with me! 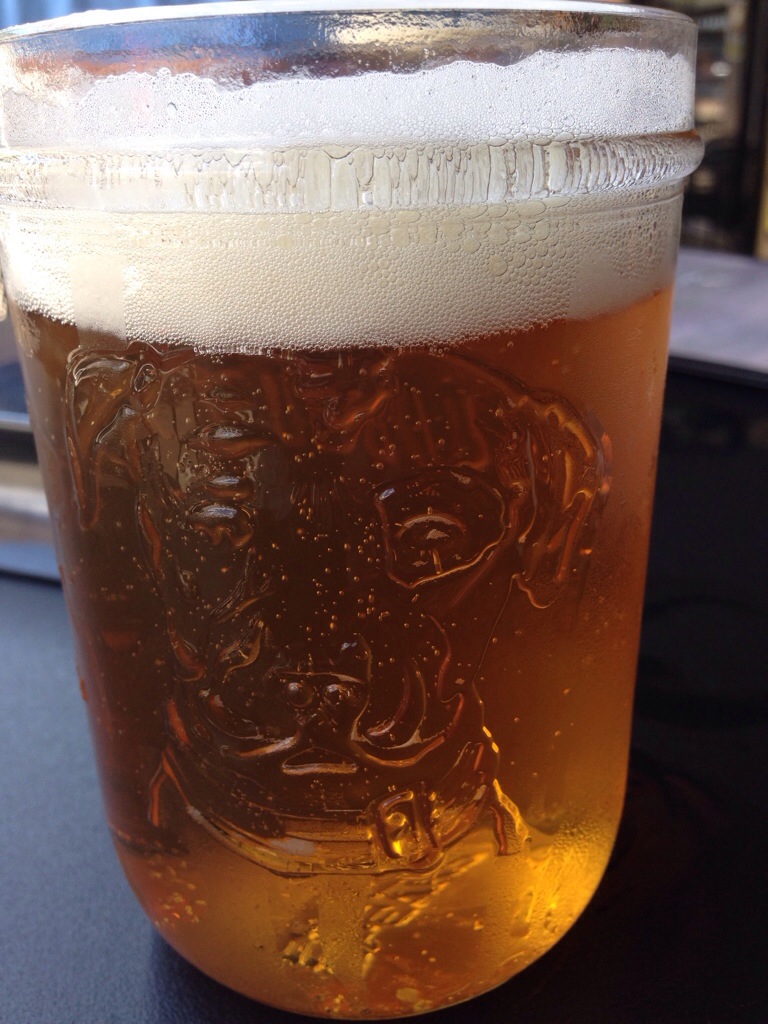 Laura and I have been talking about ordering a hard root beer float from there ALL WEEK. We were so excited to finally order one, but unfortunately, they were out of hard root beer. Like seriously?!?! What the hell??? Either way, we went ahead and ordered a regular float. It was freaking delicious. 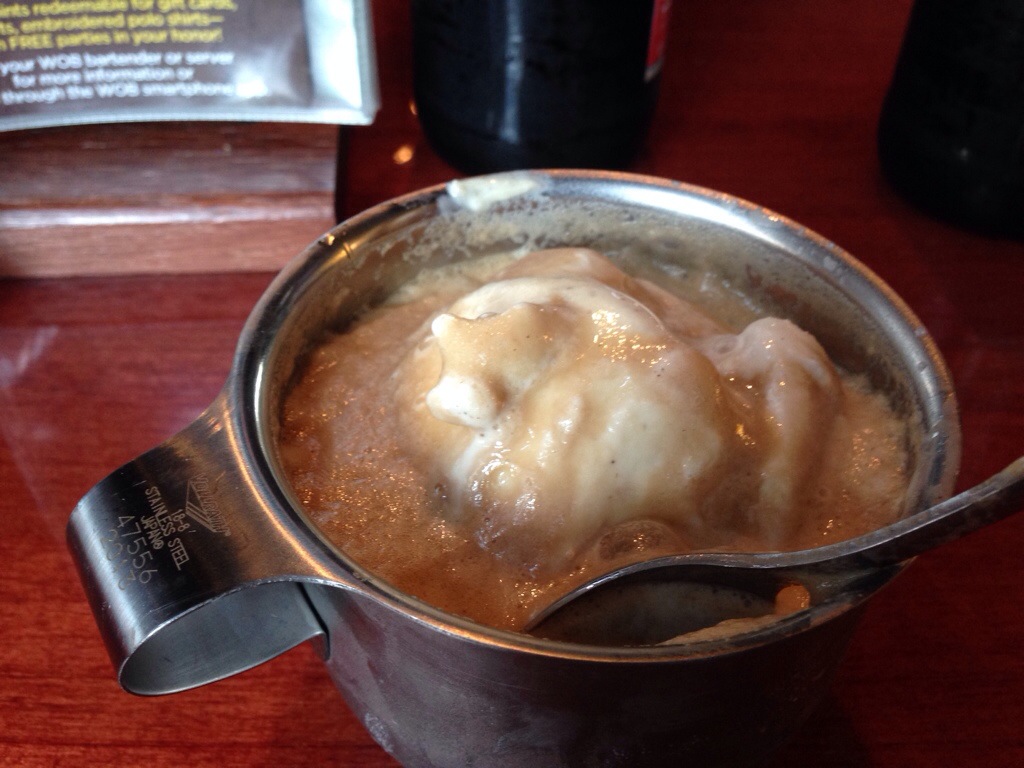 Had to take a German sign to send to my German friends. I knew they appreciated it with the game and all this weekend! 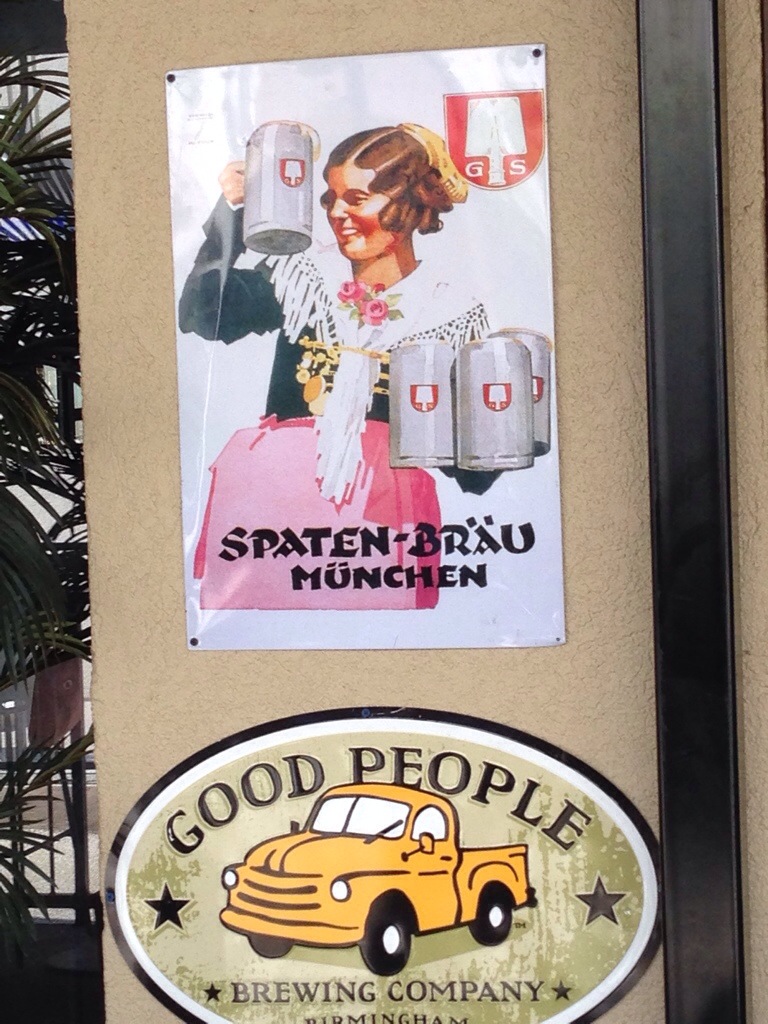 Of course, since we were out and it was Saturday, Jack Brown’s Beer and Burgers was not to be missed! I ordered the Danny Larusso again because it is just so damn good! Cream cheese and jalapeno jelly. Yum yum. 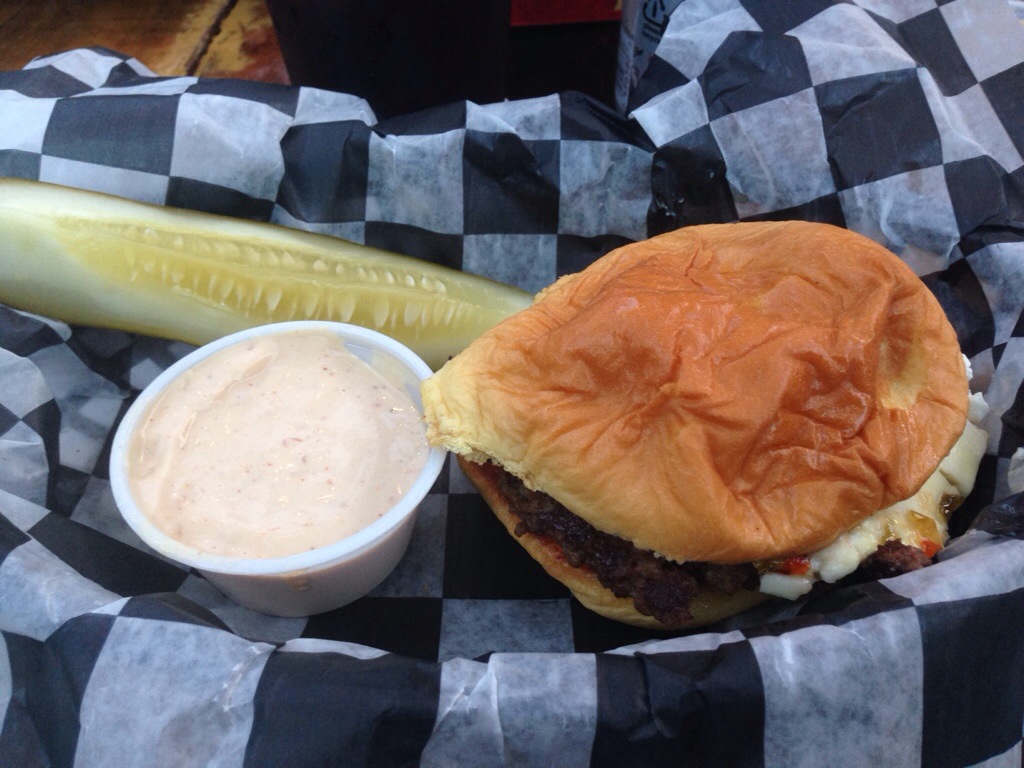 Sunday – Chris and I finished the second season of The Mindy Project, and now I am not quite sure what to do with my life?! That show is awesome!!! We are also almost done with the first season of The Good Wife. Love it too! Do any of you watch those?

I meal planned, grocery shopped, and worked a little bit because apparently the work will never end. The rest of Sunday looked like this: 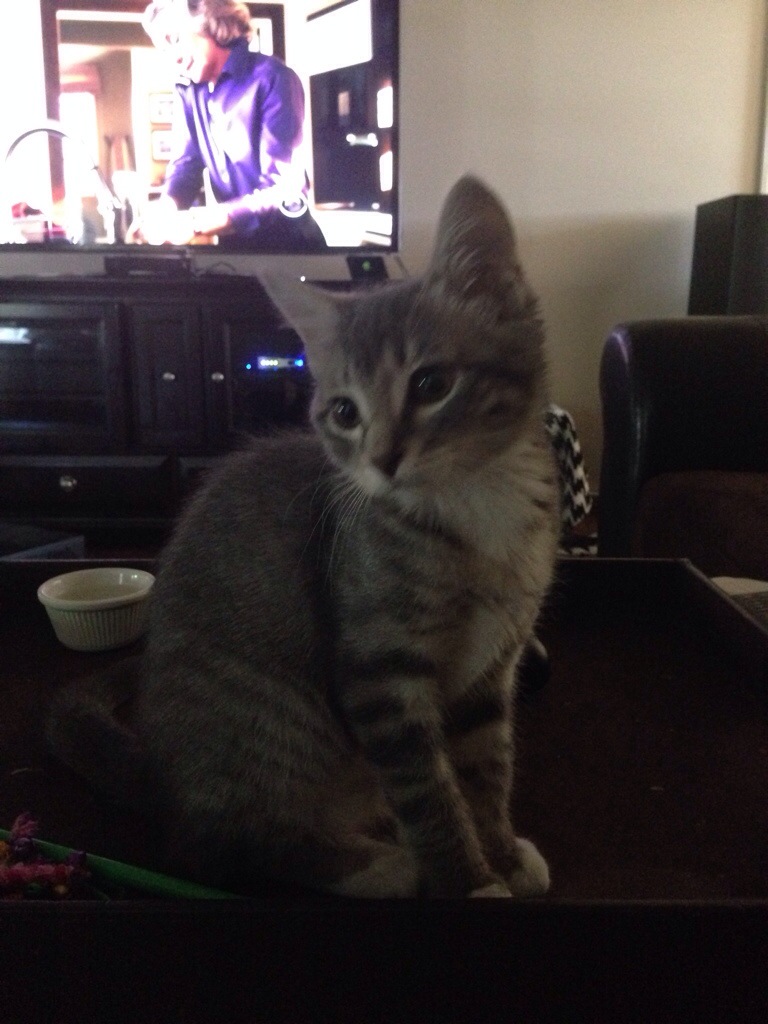 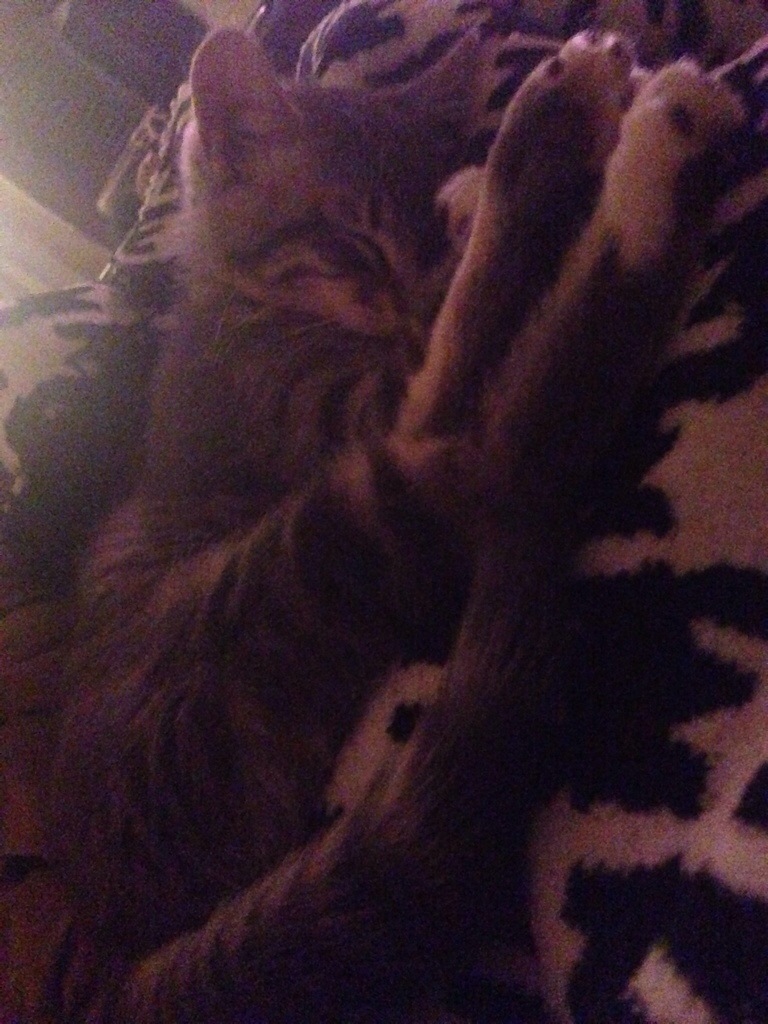 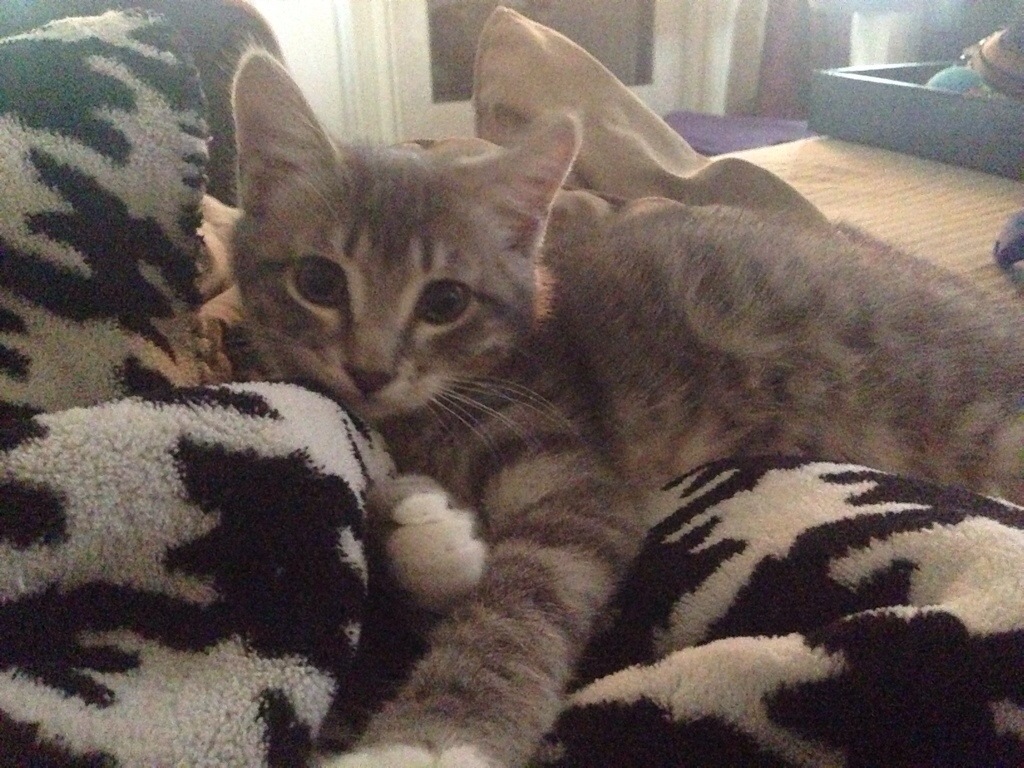 Someone tell Livvy to stop growing! She is getting so big! Makes me so sad.

I hope everyone had a great weekend! What did you do?