Well, hello there. It is another Monday I see. Drat! This weekend was very eventful and I feel I didn’t have enough couch time yesterday!

Friday evening – Chris and I went for Sushi at Konomi. It was wonderful, as always. Then we headed over to his parents house and hung out for a little while.

Saturday – It was time for me to get my hair cut! My goodness it has been WAY too long since I have had it done last! I got all over color instead of color and highlights because I was in a hurry. I had to make it to a surprise engagement party for some sweet friends!! 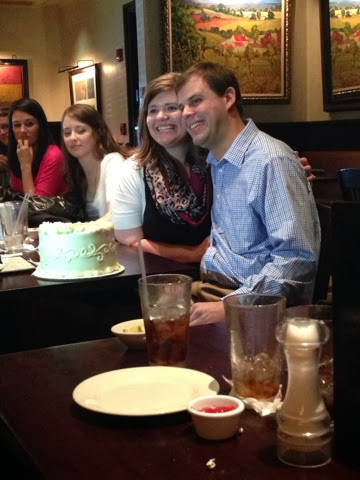 Chris and I left there and headed downtown to catch some games. We went to The Red Zone in Five Points. The place was set up cool, but it was just not the right fit for us. And the drinks were AWFUL! I got a beer that I have had lots of times at different places. I have had it in a bottle and on draught. They had it on draft and it was the worst thing I have EVER tasted. So gross. Chris has gotten on of his go to’s as well, and his was terrible also. I wouldn’t recommend this place! How do you mess up beer?
We quickly left there and decided we were close to 65 N and so we got on and headed to Gardendale to check out Top Games. It is a vintage video game store that we have been meaning to check out forever. They didn’t have as much stuff as we were hoping, but still a great place to stop! We picked up a grab bag from there of some NES games. We knew there were 5 games in the bag, but had no clue what they would be. It was a dud, but still fun! 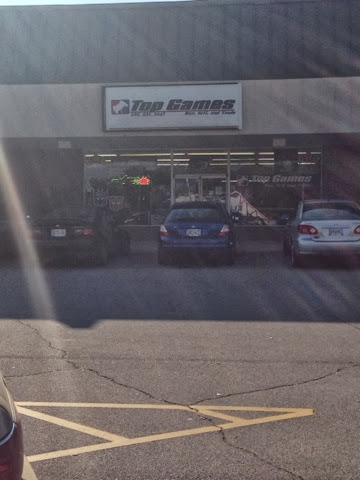 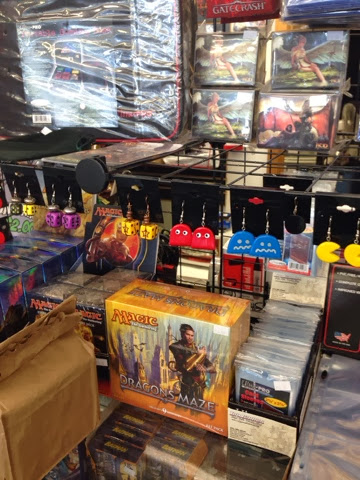 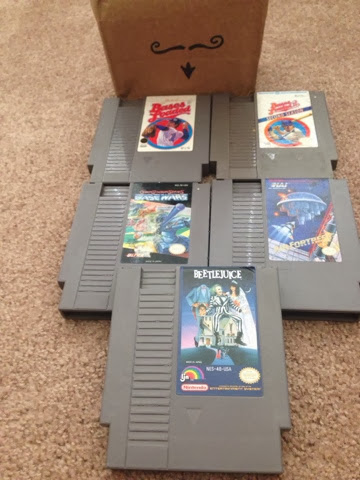 We got in the car and started to head back down towards Birmingham and then Chris said, I kind of want to go to Gamer’s Paradise in Huntsville. I was like well we are already sort of half way there….So we got off the next exit, and headed back on 65 N and went to Huntsville! We justified it by saying that we could check out Bargain Hunt, go to TGI Friday’s for dinner (we don’t have one in Birmingham anymore) and try and see our friend Amanda while we are there! And so we did!
Gamer’s Paradise is my favorite video game store in North Alabama. They have a ton of stuff, the guys there are really nice and they have fair prices. We picked up a few Nintendo 64 games that we lost or didn’t have. Chris also got another game as well that he was missing for his Sega Saturn. 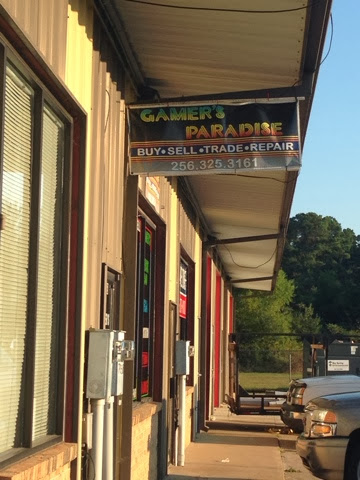 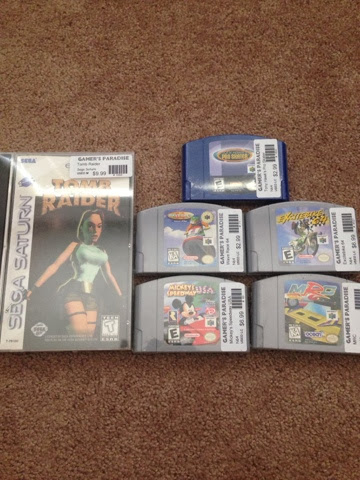 When we left Gamer’s Paradise we realized there were only a few minutes left in the Georgia vs Tennessee game and I am a Georgia fan (after the Tide of course) so we decided to find the nearest bar with a TV and crash for the last few minutes. The game was basically tied so we figured it would go in to overtime. And it did. We found an Outback and hung out at the bar for a few minutes. The Dawgs pulled it out, heck yes! Alabama won their game earlier that day, so I was happy both my teams won.
We left Outback and headed to Bargain Hunt to check out what deals they had. We found a few little things then it was time for dinner! I love TGI Friday’s and this was my cheat meal for the weekend! I got a Mojito too! Yummy! We ordered appetizers. We got Bacon Macaroni and Cheese bites (pictured below), the sesame Jack Daniel’s chicken and a side of sweet potato fries. Everything was amazing. 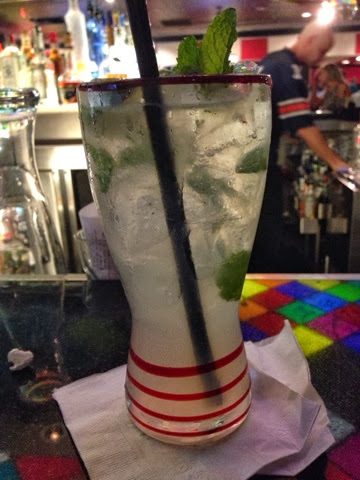 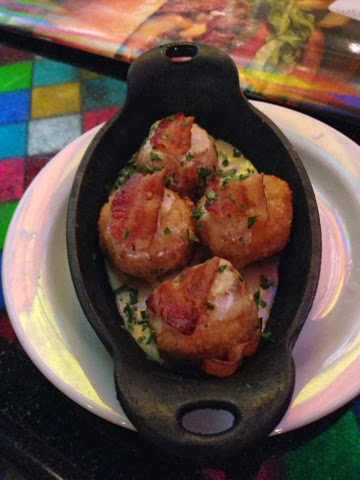 After dinner we were to meet up with our friend Amanda in the Providence area of Huntsville. It is this very cool live/work/play community that had tons of fun restaurants. We met up with her at Mellow Mushroom because they have lots of great beers on draft there. We hung out there for a few hours and then headed back home. We didn’t get home until 1:30 am!
Sunday morning we met up with some friends for breakfast at Waffle House and did our grocery shopping for the week. Then we came home, I did a little light cleaning. Yesterday was my mom’s birthday so I called and talked to her for awhile. We made plans to have lunch next Sunday to celebrate because my sister wasn’t available this weekend. Then it was time for some video gaming. I played several of the new games we got this weekend, and then tried out Raymond for the Xbox. It was so awesome! I love it! 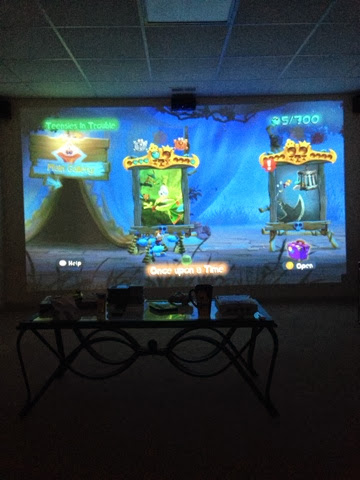 After a few hours of gaming, we cooked dinner and watched a movie. Then I pouted like a 5 year old that I didn’t want the weekend to be over and have to go to work in the morning. Then pouted some more and went to bed.
Overall we had a fantastic weekend and I am sad and depressed that it has come to an end! Back to it peeps. Focker out.