So, I have a question for all you active people out there. I am trying to decide if I should get a Fitbit or a HRM….or both? I am thinking I eventually want both, as they seem to have different features that everyone likes. 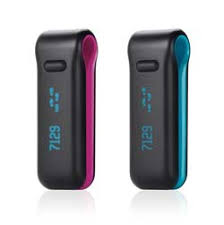 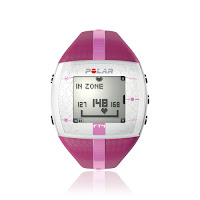 I have done some research on both products. It seems the general consensus is that the Fitbit is great for all day every day activity. That overall, people that use it become more active because they want to say their steps per day increase and such. It is great for tracking walking/running…but not so much at biking or weight lifting work outs. It is up in the air with the elliptical machine. Some people say that it tracks it perfectly, others say it doesn’t work as well because of the smooth motion of the elliptical and it isn’t tracking the elliptical’s resistance.

The more expensive versions of the Fitbit also track sleeping patterns, which I find interesting. I feel that most nights I get a pretty restful sleep…but I would love to see what kind of tracking I would have.

I bought a Fitbit over the weekend for a really good deal, but it doesn’t work. It is not registering as I am trying to set it up. I am going to take it back this week and see if I can exchange it for another. I am nervous that maybe it won’t work either. If I can get it for the great deal that I found, it would be great because then I could justify purchasing a HRM in the future too since I am getting such a great deal on the Fitbit One. However, if they are such a great deal because they are defective…then not so much. I found it at Bargain Hunt. (You gotta check the place out if you haven’t already!)

I am sure that both of these are great options for fitness, but I am wondering if any of you have an opinion on either and how they work for you. If you have a HRM, which brand and model did you purchase?