Remember that one time when we all jumped on Stephanie’s Wallet Watch bandwagon? Yeah, I remembered that one time the whole damn month of April. A spending freeze was one of my winter goals that I never accomplished. I wanted to go a month without purchasing stuff that was not budgeted. Well, this was a wallet watch challenge, not a spending freeze. In theory, it sounded better to me.

1. Eat out only once a week for lunch.

2. Stay in more on the weekends, going out to eat minimally.

3. Do not spend any extra money on items that were not planned purchases.

We did pretty good on staying in more on the weekends. We didn’t really go crazy at all as a matter of fact.

I did eat lunch out on Fridays with my girls group as planned, however, I did have one extra lunch out with my friend Amanda whom I have been trying to meet up with for a long time. While it was an infraction, it was well worth it.

Oh, and I had a blate with Meighan that was unplanned, but I a mean really? It was totally worth it!

Where else did I have an infraction you ask?

Well, because I am such a beast, I out grew my light weights and had to go purchase some new ones. I don’t really see this as an unnecessary spend as it was for my health….but it was not planned. 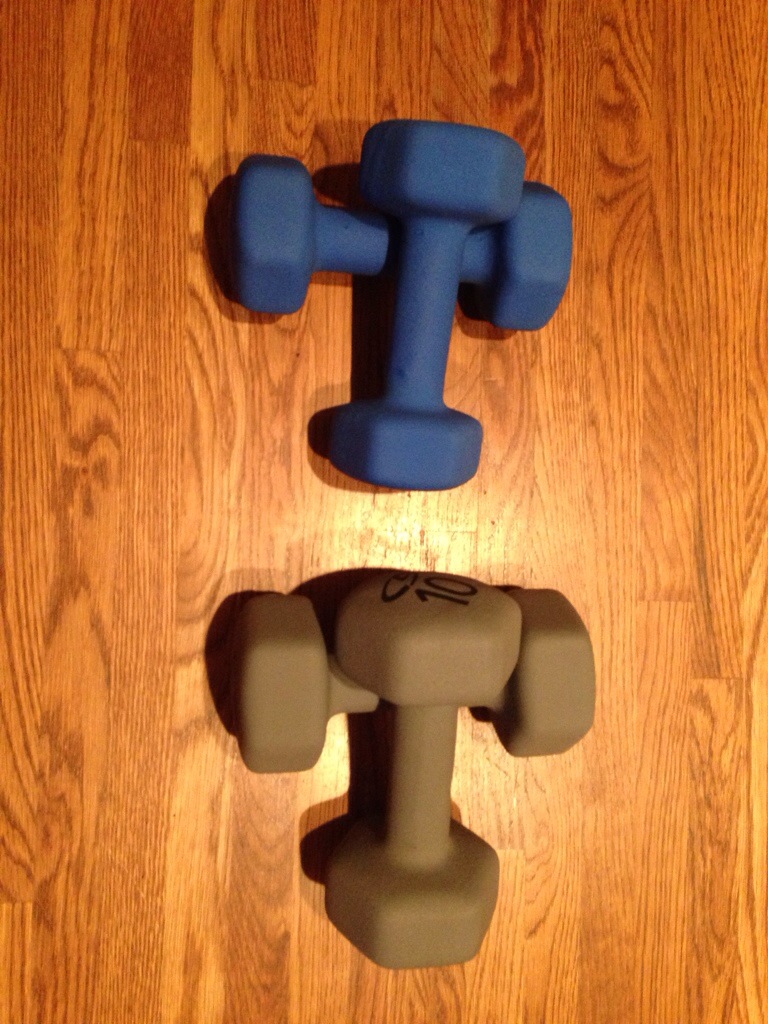 Also, I needed a new stability ball as mine is from college and has seen better days. I mean, it was like $9.87 at Walmart and again…something I needed for my health. 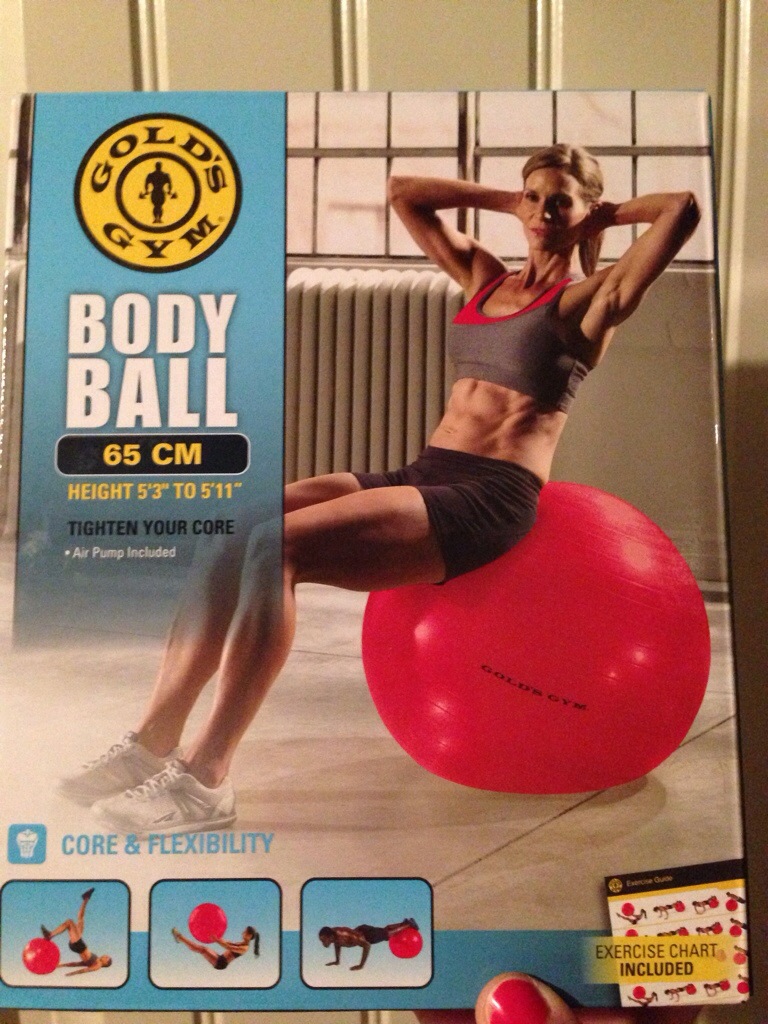 Umm just so you know, her abs do not come in the box. I was disappointed too.

About mid month I realized that I had not a thing to wear to my friend’s wedding that I would be attending. My usual dress that I wear happened to be the color of her bridesmaid dresses and mother dresses and while I would have loved to just pretended I was in the bridal party…I didn’t want to ruffle any feathers. Soooo basically this unplanned purchase was a necessity as well. 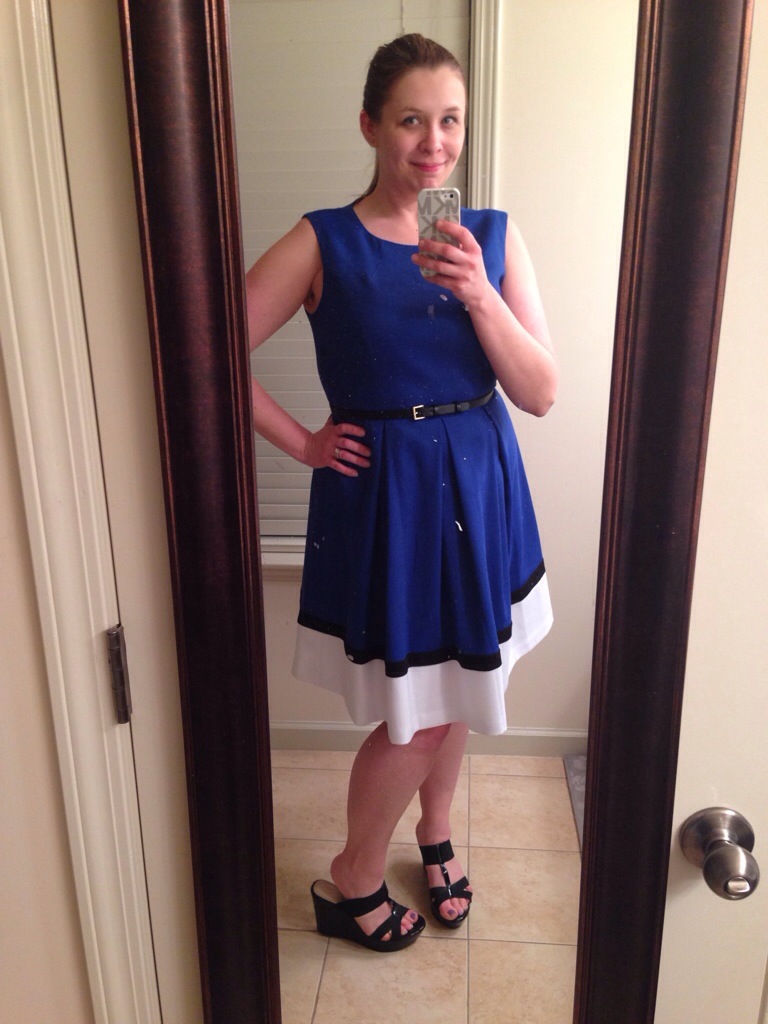 I mean….the dress was on sale AND I had a coupon. It ended up being $31.99. I was loosing money by not purchasing it. Or something like that.

So, how do I feel about wallet watch?

I don’t like to restrict myself. I am glad I participated at least once to say I did it…but I am not a huge fan. I don’t really think that I spend a lot of unnecessary money to start with. I work hard….I like to enjoy myself a little bit. Plus, retail therapy is real my friends. And it is great.

What did I learn?

As you saw above, I can justify just about anything. Ha!

In other budget news, one of my goals for spring was for Chris and I to create a budget to sort of follow. Chris actually did it on his own before we even talked about it…so yay for goals accomplished that I didn’t even have to do! He built in money for going out, fun money and the necessities…as well as money to transfer to savings and such. I would much rather have that then a wallet watch or spending freeze. It sounds less constricting in my head.

We also found ways to cut down on some of our bills like our cell phone bill, satellite, an error on our home owners insurance, and a few other things. So yay!!!! Pay close attention to those things, they are not error proof, and you might be paying for services you aren’t using.

Did you participate in wallet watch? How did you do? What do you do to save money? Have you ever created a budget to follow? 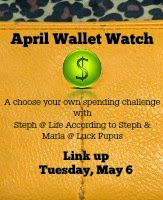