Well, I don’t have much of a weekend to update. Friday I had my surgery to remove my wisdom teeth. It went well, and Chris had a good laugh at me in the recovery room. Apparently I thought my feet looked like clown feet, and I asked him several times where we were and how we got there. Good times.

Chris was so sweet, and got me this dog before my surgery. We pretty much snuggled up all weekend, because my real dogs were too much to handle! 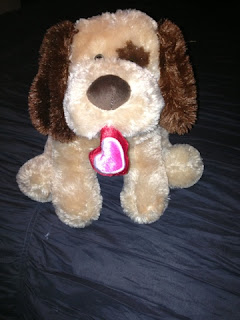 Saturday I got up the strength to visit my nephews birthday party for a few minutes. My sister had a carnival theme, and there was popcorn, cotton candy and cake. Everything I wasn’t allowed to eat. The torture of amazing smells about did me in. She did an amazing job on his cake though! It was a Lego cake. 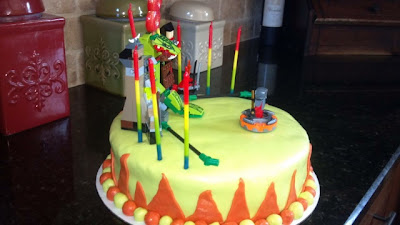 Sunday, I again had a date with the recliner in our living room. It’s been where I have sat and slept all weekend. I watched Magic Mike for the first time. Yum. Other than that, it was random TV until the Grammy’s.

Now, I am going to be honest with you. I only watched about 15-20 minute of the Grammy’s. I think it is just me, and the fact that I am getting old or something…but I was totally weirded out. Taylor Swift opened, and normally I love her performances, but what in the world did that performance have to do with the actual lyrics of the song? Then FUN. came on, and that is about where it ended for me. I guess I am not “hipster” enough to understand it. I thought the song was horrible, and that the dude needed to brush his hair.I couldn’t handle anymore, and Chris and I turned it off. Most of the people who win the awards aren’t even from our country, and half the time I have never heard of them. I saw people like Katy Perry, Carrie Underwood, and Rhianna in the audience, and I knew some of them were supposed to be on…but I just couldn’t wait for them. Most importantly, I hate Justin Timberlake’s new song, and didn’t want catch his performance and be highly disappointed in his new song, looks and lack of Britney Spears as his arm candy.  Yup, I am old.

I hope everyone has a wonderful week! Don’t hate me too much for hating on the Grammy’s. I probably didn’t stick around long enough to enjoy it. I was also on pain medicine, so there’s that.