Friday: I met up with some friends for lunch at Ashley Mac’s. Yum yum yummy! I miss being so close to it during the work week, I had to take advantage while I was over that way on Friday! I always get the same thing, 1/2 chicken salad sandwich, baby blue salad and a sour cream biscuit. 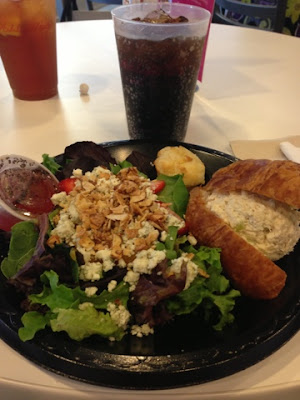 Friday evening Chris and I decided to head out to grab something to eat and look for a new pair of sunglasses for him. We headed to Trussville, which was our first mistake. Trussville has taken a turn for the worse the last few years…and I think we are just about done with the whole area! We went to La Bamba to grab some Mexican. We sat outside on the patio, where there were 3 other tables out there. We sat out there for about 8 minutes before someone ever came out. When the person did come out, they checked on another table and walked back in. Never said have you been helped? Or be back one minute. Rude! So then we headed to Jim n Nicks. The one in Trusville is almost always a huge mistake. The server was very snappy and rude with us before we even placed our drink order…so we walked away from there as well. NONE of the stores in Trussville carry the sunglasses that Chris wanted either. They only had the cheapest ones marked up way more than they should have been.
We said screw it and headed over to Cahaba Heights. We ate at Blackwell’s Pub for dinner. A beer was much needed after dealing with a bunch of stupid people!
Mmmmm…..banana bread beer! Yum! 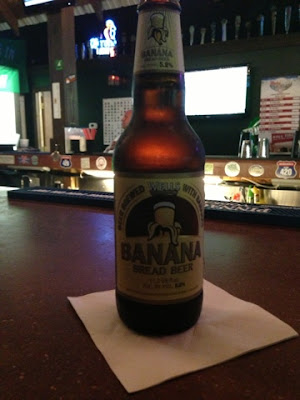 We also got the pub nachos and onion petals! The food was great, and I am sure we will be back. 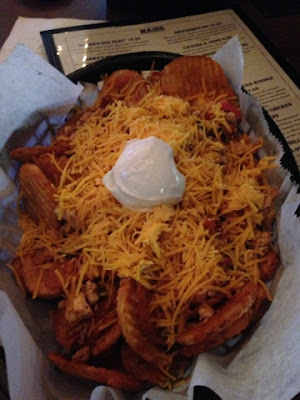 Saturday we got up and headed out in the search for glasses. We found a great pair at Marks Outdoors in Vestavia. We also picked out some car audio for Chris’s car and ran some errands. We ended up at World of Beer. It was Saturday, afterall!
This is my first pumpkin beer of the season. Yum!!!! 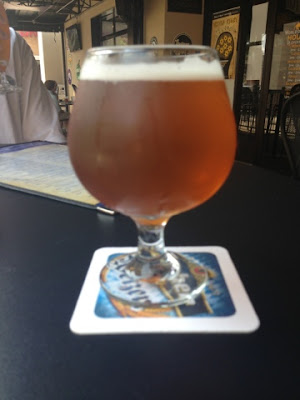 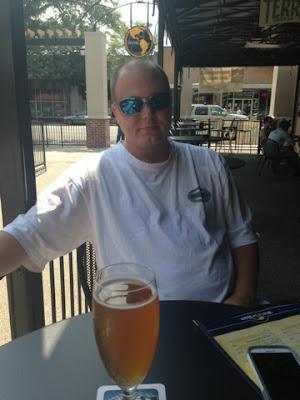 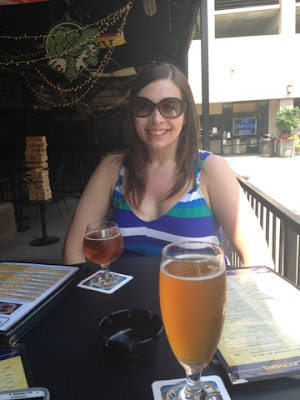 More banana bread beer? Don’t mind if I do! 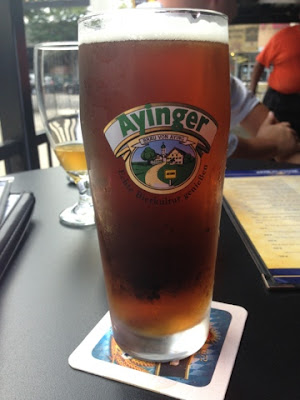 Sunday was spent at the grocery store and watching Vampire Diaries. We started season 4 last night! Such a great show. Also, we turned the VMA’s on just in time to see JT and NSYNC! High school me died a little. Ahhhhh bring back NSYNC!
I hope everyone had a wonderful weekend. Back to the grind we go!