Friday- For lunch, my co-workers took me to lunch at Saw’s BBQ for a late birthday celebration. I think Saw’s and Moe’s are my two favorite BBQ places here in Alabama. They are both consistently good each time. After work, Chris and I went to his parents house for dinner.

Saturday – Saturday morning we ran some errands, then headed over to World of Beer to meet up with some of our friends that were in town from Huntsville. A little while after that, Laura and her man came too! The fall beers are starting to come out and I took full advantage of that! I tried a beer cocktail that combined Well’s Banana Bread Beer with Weihenstephaner Hefeweissbier which is a full bodied German with a huge head of foam that has clove and hints of banana. It was delicious. After that, I tried the House of Shandy Jack-o-Traveler that was brewed with fresh pumpkin and was a shandy style beer. I think it is my new favorite fall beer! The smell of it was amazing and I want them to make a candle of it!

After all that beer, we needed some yummy food. Laura and I have been talking about trying Melt forever. Lanney and Diane were on board with the idea, so we headed on over to Avondale! 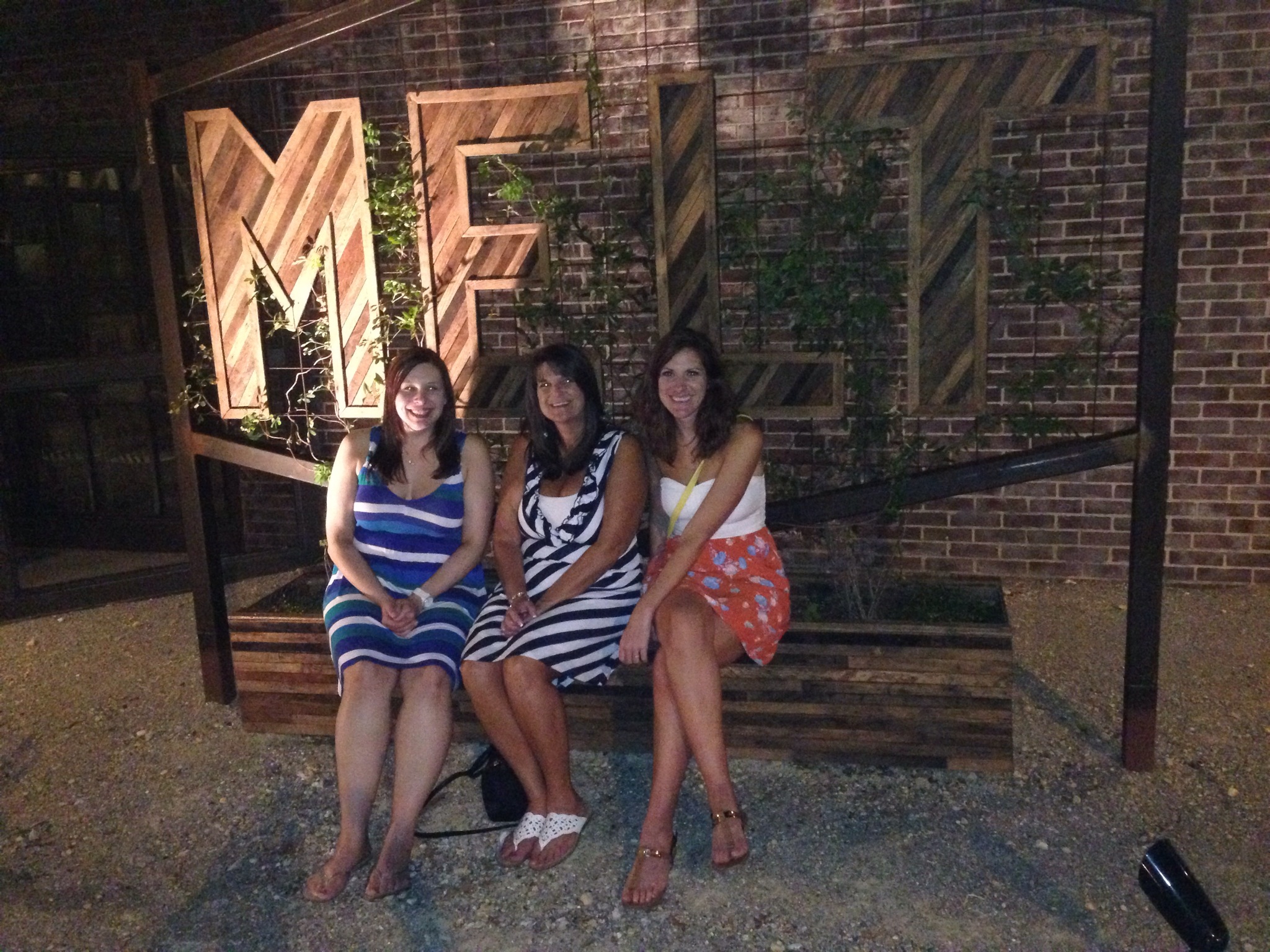 I forgot to take picture of the appetizers, but we ordered the Matilda Rolls which were sort of like mozzarella cheese sticks with red pepper flakes wrapped in a wonton and served with sauce. We also ordered the melt queso with homemade chips and the blue cheese nachos which were homemade potato chips that had queso and blue cheese melted with bacon, green onions and jalapenos. Delicious!!!!

They had board games scattered throughout the restaurant, so we played Candy Land while we waited for our dinner. 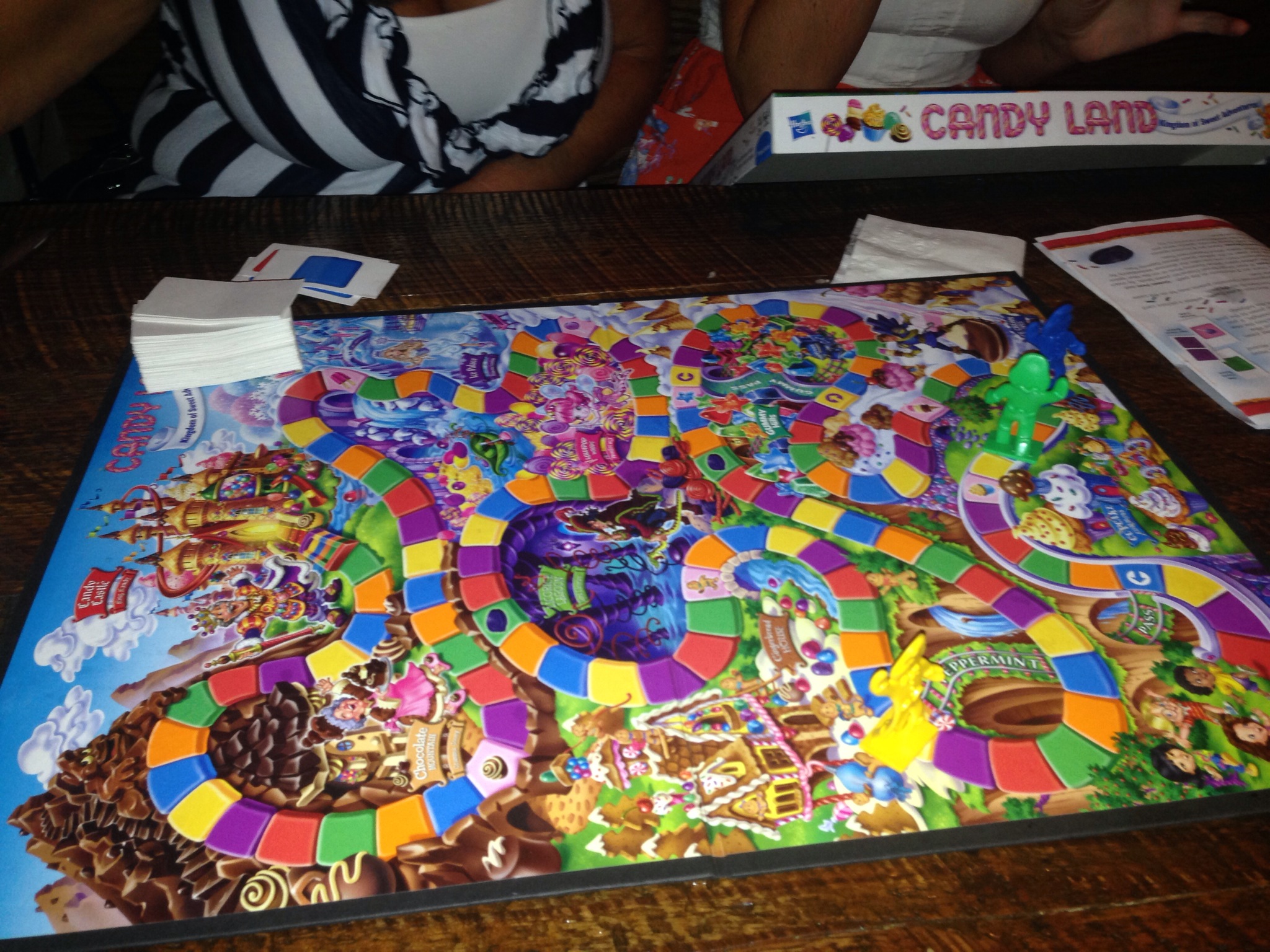 For my entree, I ordered the Flyin’ Hawaiian with pasta salad as my side.  The Flyin’ Hawaiian had smoked ham, habanero jack cheese, and a cajun grilled pineapple served on a pretzel roll. Holy yum. It had a little kick to it with the cheese and cajun pineapple. They do not skimp on the meat either. There was so much ham on this baby that I couldn’t finish it all! Delicious! I know we will be back for sure! 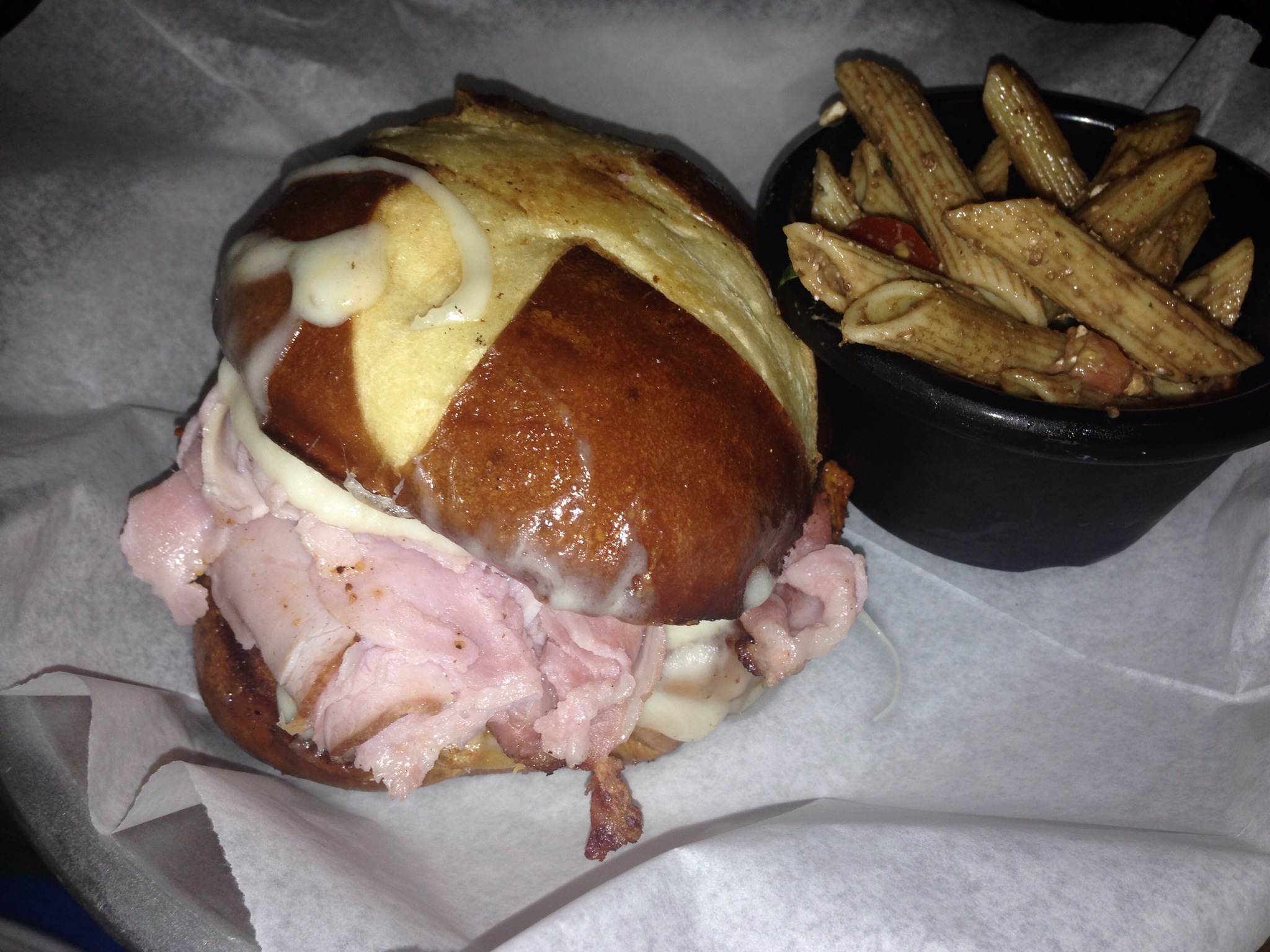 After dinner, we headed over to Boxcar Vape then grabbed some drinks at Todd English Pubb and headed to the roof top for a chat. It was such a beautiful night. (After the temperature dropped from over 100 earlier in the day!)

Sunday – We ran some errands on Sunday and meal planned and grocery shopped. We picked up some shelves to start organizing all of our video games in the basement too. Then we watched reruns of Two and a Half Men Sunday evening. I also read some of my book, I am on book 10 of the series now. Yay!

And of course, here is Livvy watching TV with us. She was facing forward and I called her name and she turned around to give me this look: 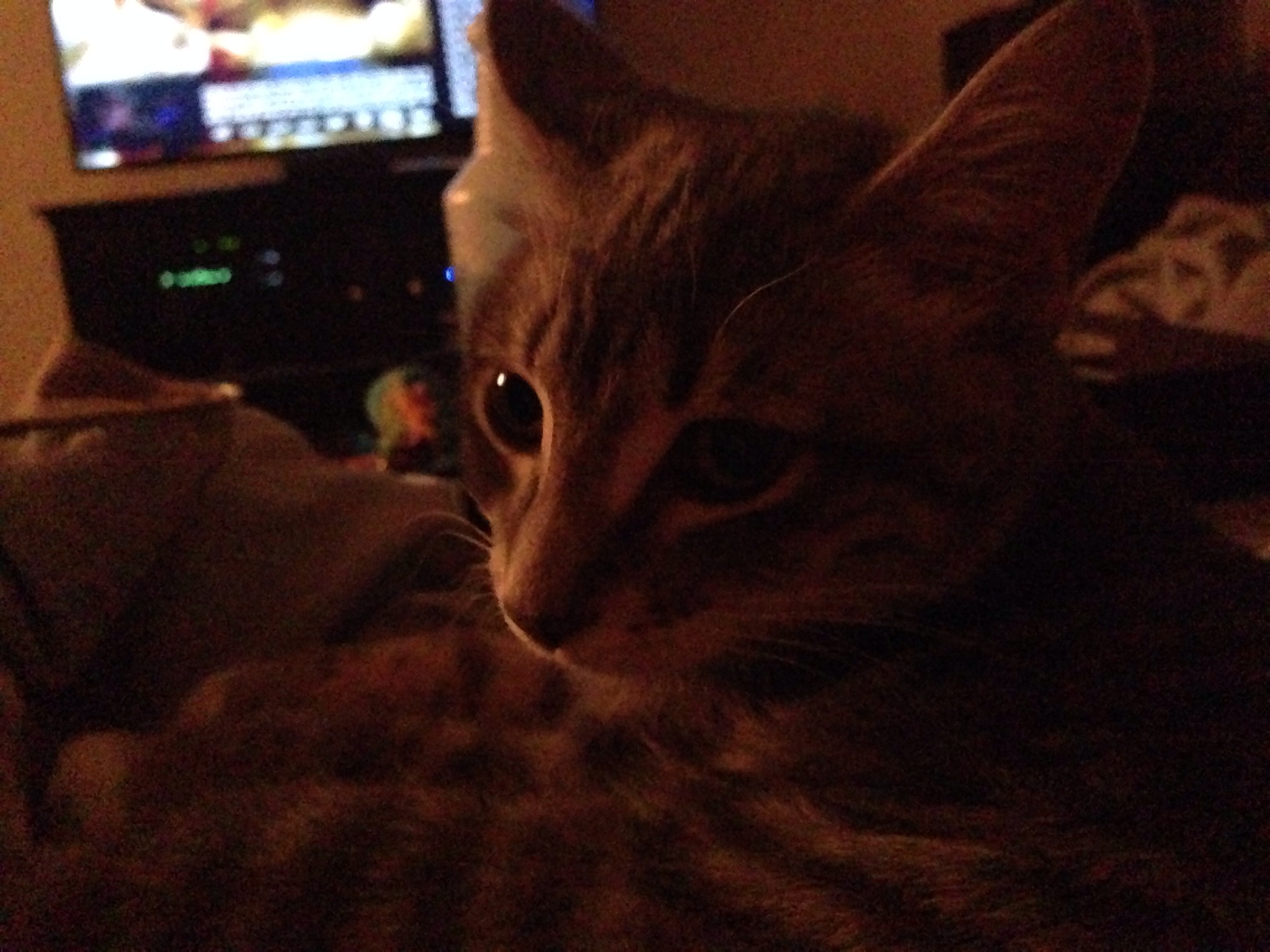 I hope everyone has a fabulous week!