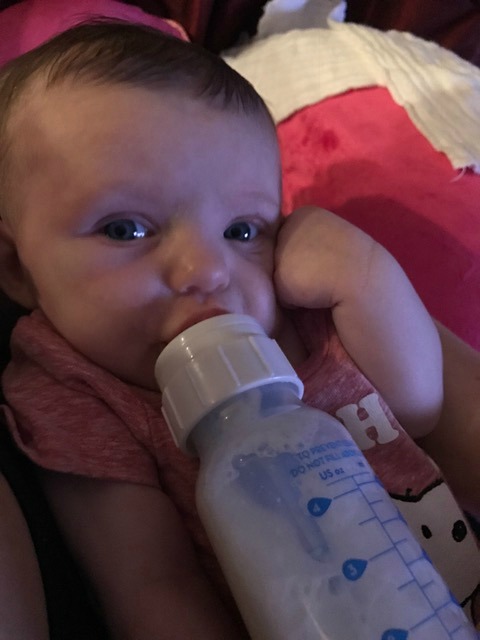 Why I Quit Breastfeeding

You guys know that if anything, I am honest. This is a hard post to write because breastfeeding became such an emotional thing for me. And breastfeeding is one of those things that people are so damn judgy about. Here’s the thing, I agree that breastfeeding is best. So please don’t leave me ugly comments chastising me for quitting. Because at the end of the day a fed baby is what is best.

The first thing I did after I was wheeled back to the recovery room after my c section was breastfeed Zoe. She latched right on and all of these feelings came rushing to me. It was the most amazing, incredible thing I have ever felt. We instantly bonded and I thought that I was going to look forward to many months of this feeling. The thing was, her latch wasn’t the greatest. She was getting her milk, but she was destroying me in the process. On the second day of breastfeeding, I was so damaged that the lactation consultants had me pumping. They worked with me on her latch and she would do it right at first but always revert back to not opening wide enough.

I wasn’t producing enough milk in the beginning to feed her, so the supplementing started in the hospital. The nurse would bring down 20 ounces a few times a day and I started worrying about what would happen when I got home and didn’t have their supply. When I got home, I would give Zoe supplemental formula and she would eat on it for nearly an hour. Then I would have to wait until she fell asleep or someone would take her, and then go pump for 30 minutes or more. It was fine when other people were around, but during the day when I was alone it was really hard. I would sit down to pump and then 10 minutes in to it, Zoe would start screaming and need something and I would have to stop and take care of her.

I still wasn’t producing enough and having to use formula for at least 60-70% of her feedings. Then I would miss a pumping session on day because we were out grocery shopping when I needed to do it. Or I was really really really tired and not sleeping and after giving Zoe a bottle and she fell asleep, I needed to take a nap to be a functioning human. It is really hard to feed your baby a bottle and then pump because that is literally all you have time to do.

I started getting stressed out making sure to pump when I needed to. My supply still wasn’t great. I cant tell you how many times I sat there crying while hooked up to the pump. Stressed because I was so damn tired and I knew Zoe would wake up before I could take a nap because I was attached to that pump for the next 30-45 minutes. Crying because I sat back there for 45 minutes and only ten ounces came out and Zoe needed twenty to thirty at one time. It just got to be too much.

My mom, sister, SIL, MIL and best friend were all telling me it was ok to quit. To not stress out about it. After all, my sister and I are formula fed babies. All my nephews were formula fed. My best friend’s kid was formula fed. I have told several of my friends that it is ok that they aren’t breastfeeding. So why was I being so hard on myself???

I lasted three weeks. And one Saturday after I had sat back in the chair and barely got five ounces, I cried one last time and said this is it. I am done. It was like this huge weight was lifted off my shoulders. I knew it was the right decision, because I had no side effects from stopping. My boobs had been sore on and off since having Zoe, so the mild discomfort only lasted another day or two. I had zero leaking ever. It just confirmed my suspicions that my supply would have never built no matter how hard I tried.

Do I feel bad that I can’t have that feeling back that I had that very first feeding with Zoe? Yes. But you know what? I feel grateful I got to at least experience that feeling and I will always remember it. And I know that Zoe is getting fed and the nutrients she needs from the formula because she is growing and was perfect at her last doctor appointment. We still bond when I am giving her bottles because most times, we sit there and stare at each other as she eats. I can see her randomly smile as she is eating and she holds on to my fingers and it is the sweetest thing.

The whole purpose of this post? To those moms out there or soon to be moms…it is ok if you can’t breastfeed. Don’t be hard on yourself if your supply isn’t building up or you just don’t enjoy it. We all have to do what is right for us and as long as your baby is getting fed somehow, what does it matter? Don’t ever feel guilty or like you are less of a mother or woman because of it. That is just simply not true. I know it is hard to just quit. I have been there. But it is ok. Your baby is going to be just perfect regardless. Here is evidence… 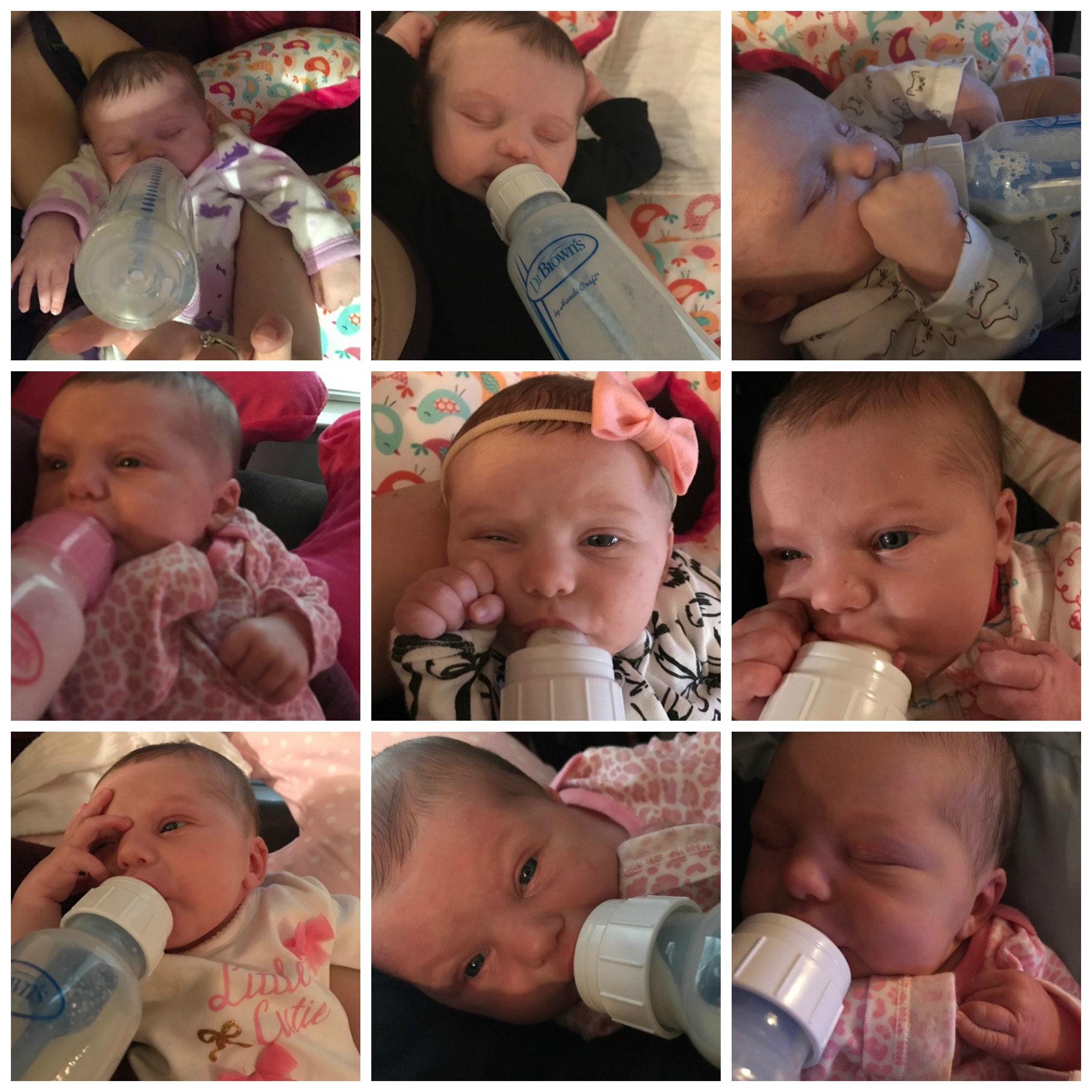 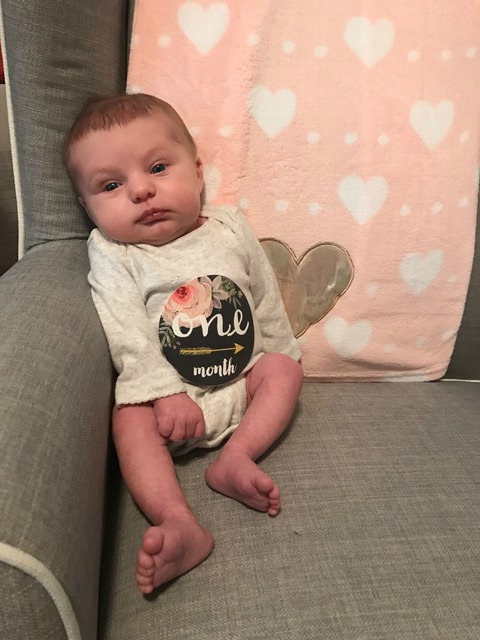 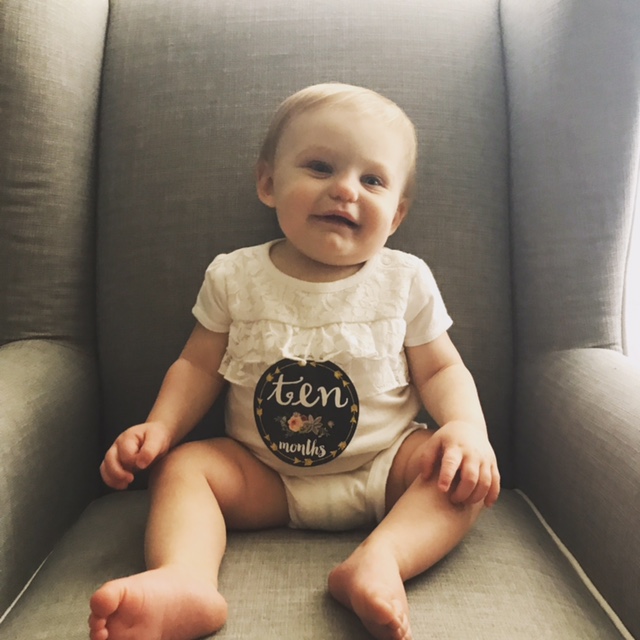 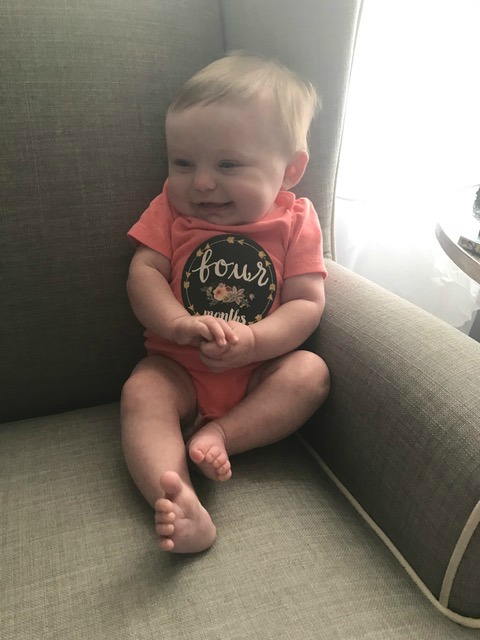