Well, apparently it is Monday again! I hope everyone had a fabulous weekend!

Friday night after work Chris and I headed to meet up with his parents and we went to the Tavern on the Summit for dinner. It was all rainy and nasty out, so dinner was really all there was to do. The food here is always amazing, and I loved the company.

Saturday I decided to look “trendy” with my outfit. I wasn’t sure I could pull off the colored skinny pants like all the cool hip young girls are wearing. Yes or no? (Be nice) Everything you see, except for the shoes, is from Ann Taylor Loft. 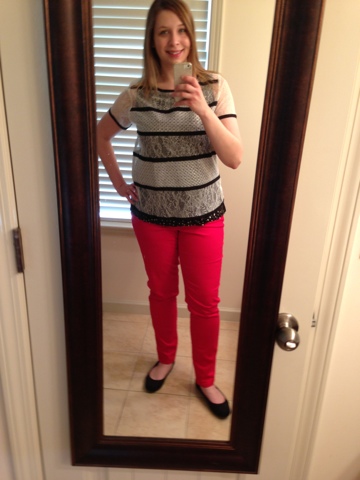 Saturday morning was spent playing with my 2 favorite people in the whole world. Yes, my dogs! 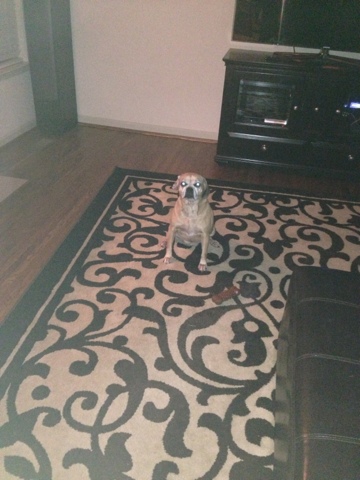 Mac refuses to eat his food near his food bowl in the kitchen. I am pretty sure he works off every last morsel running back and forth between the kitchen and the living room. He takes about 3 morsels of food each time out of the bowl and walks to the carpet, goes back for 3 more and repeat. 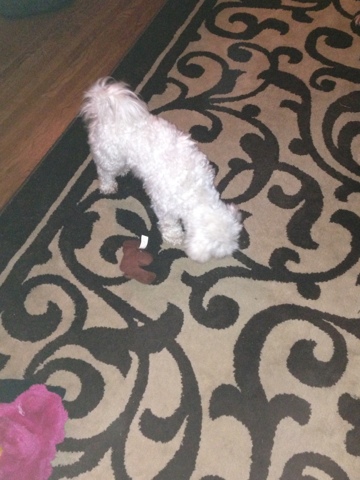 Someone needs their fur did! 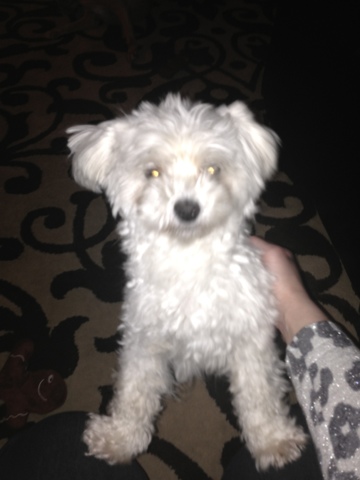 Gracie decided it was mani/pedi time and got to work on those daggers claws nails of hers. 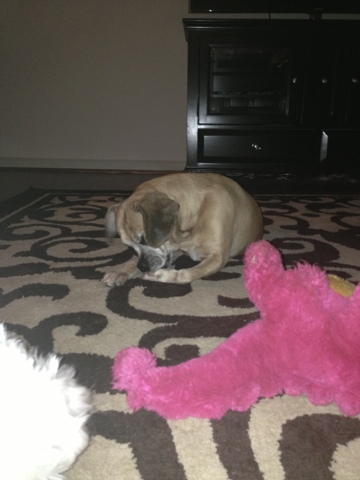 Gracie in action outside. “Hey squirrel, I am coming for you!” Sadly for her, she never catches one. (How cute are those ears bouncing up and down?!) 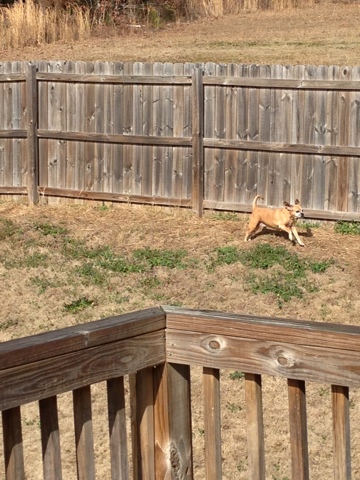 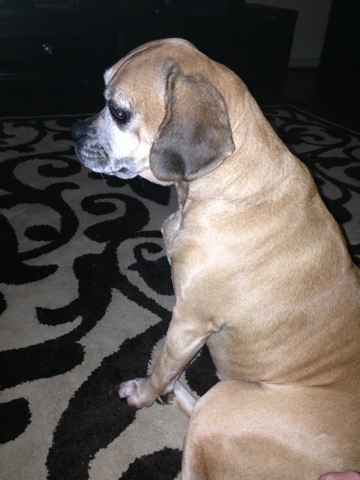 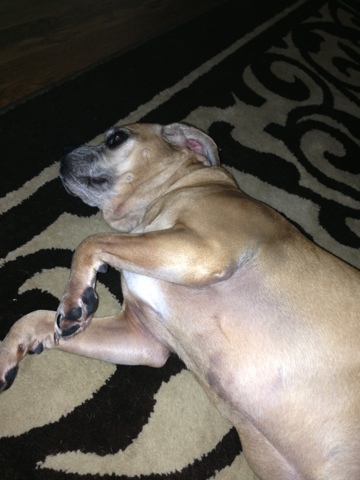 Daddy is giving Mac all of his attention, and Gracie is jealous because she wants him to play tug with her dinosaur. 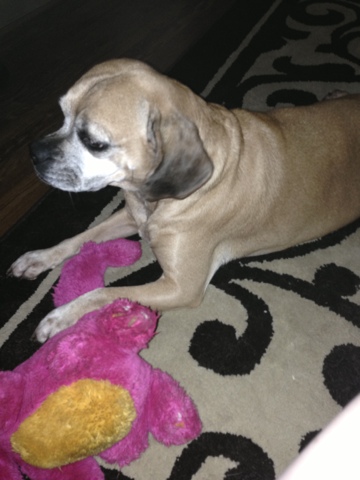 Saturday afternoon was spent running errands, and then we decided to head over to Billy’s for some wings. We ended up spending about 3-4 hours there. I just love spending the afternoon at a sports bar. You just sit and chill, have a few drinks, snack on shamefully deliciousness and chat. There were some old guys sitting next to us, and they were sitting there talking about their wives. Chris made the comment that he hopes he is like them one day. At first I was confused because they are sitting there bitching about their wives, but Chris clarified that they have been married to the same women for 30+ years and they were just trying to have “guy talk.” After Chris said that, I tuned in a little better. It was actually kind of cute, they were talking about how the one guy told his woman that she better get in the kitchen and make him some chicken gumbo to take to his friends at the bar. Alright, I guess in 30 years I do want that, haha.
That evening when we left Billy’s, 4 hours later…we went home and Chris mixed music on his turn tables while I played Super Mario 3 on regular Nintendo. It was a fabulous evening!
Sunday we had grown up things to tend to. You know, cleaning the house and fixing a broken toilet handle. #grownupproblems We ended up at Lowes twice in the same weekend. Lowes is not my favorite home improvement store, and we ended up at Home Depot after 2 unsuccessful Lowes trips. Home Depot is way better! I don’t know about your town…but everything from the employees to the type of people that shop at Home Depot are better. Not to mention the layout of the store is nicer with all their little tips and informational signs.
Looks to be a long week ahead. I am already having anxiety because the weathermen here are calling for the potential of severe storms on Wednesday morning. I am fine when we get a winter storm warning, snow, or lots of rain…but gosh darn if you mention the words damaging winds or tornado..this girl goes into panic mode. Like, we are talking about the fact that I have thought on numerous occasions that I may need to seek professional help for my anxiety regarding this matter. A lot of people have the attitude that it could never happen to them and don’t take that shit seriously. Let me tell you, I have nightmares about bad weather. When you get a phone call that your not just your dad but you sister too has lost her house and that her in-laws across the street are were found dead…it gets real. When you watch after your 6 and 1 year old nephews the days following this terrible nightmare, and the older one is scared to go to sleep at night because all he can hear when he closes his eyes are the storm and his mom screaming…it does something to you. I am pretty sure I have picked the wrong area of the country to settle in with my fears. Perhaps I should have moved to Colorado or some other random northern state that doesn’t have to worry much about unstable air. Sorry for the random babbling about my serious issue.

This morning’s post was brought to you once again by the letter D. As in Dunkin’ Donuts large  iced coffee!!! 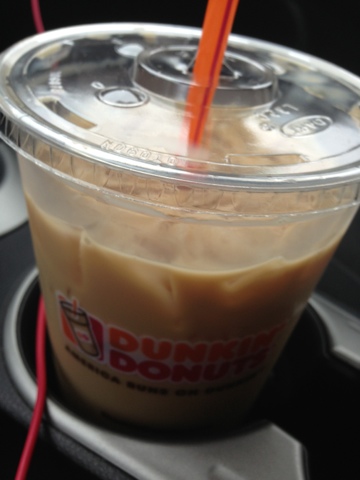 If You Knew Me In High School

How to Behave in the General Public