The Facts of Me

I am linking up with the amazingly awesome Whitney today for the facts of me! 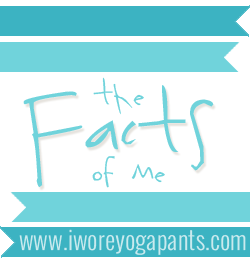 I hate when dishes are left in the sink. As in, I will stop right in the middle of doing anything if I see something sitting there in the sink.

I have a hard time being a passenger in the car. I know when I am driving I am paying attention. I always give myself enough time to stop, or change lanes or whatever for my car. I don’t know your car. I don’t know your driving habits. I tend to squirm, and hold onto my seat a bit much. I might have a panic attack if you wait to the last second to slam on your breaks. If you suck at driving really bad, I will find any way under the sun to not have to ride with you again. This might be a control issue, I don’t know.

I have road rage. Which is probably a problem that I don’t want to ride with some people, because they probably feel the same way around me. I learned out to drive in Atlanta, would you expect anything less? I also come from a long line of cursing people in the car. I picked up this bad habit at the age of 2 when I said “Stupid Asshole” when someone cut my dad off. He came home and asked my mom what she has been saying in the car with me, and her reply was “Nothing worse than what you say!”

My closet is organized by color.

I may or may not be a little OCD.

I am obsessed with my dogs. Who wouldn’t be, they are freaking adorable, are they not?

I was moved a lot when I was younger. I am not an Army brat, my dad’s job just decided to transfer him every few years. Eventually I got tired of trying to make new friends and get involved in school activities. We moved my sophomore year of high school, and that was the last straw. I quit everything except for band, and that’s only because I needed something to put on my college applications. No more cheerleading, no more trying out for plays, no more dance, no more honor society, or peer helpers, or clubs of any kind. I was done! Looking back now, I am glad that we moved around so much. I am way less sheltered than any of my friends here that haven’t been further north than Tennessee! The South has it’s own ways about it, and I know that because I have lived in other places!

I do not like spiders, or snakes, or bugs, or critters of any kind. Yuck! Unfortunately, I married someone who is even more afraid of spiders than me. Someone has to kill them at our house, and it is usually me after we both run out of the room screaming. One time, Chris did manage to kill a spider in his office because I wasn’t home. He used his air soft gun and put a hole in the wall, but he killed the spider and I couldn’t be prouder.

We have a tech problem at my house. We have to have the newest cell phones that come out. No matter how much we pay for them. I have an iPhone 5 that we paid $500 for, and I am sure when the 5S comes out, we will pay ridiculous amounts for it too! We don’t have kids…and that is probably why.

I am pretty sure I don’t go a day without a cup of coffee. If I do, watch out!

I am a door mat. I am a people pleaser, and let everyone walk all over me. I am trying to work on this.

I have never been to Disney World or Disney Land. Yes, this is tragic and it must be fixed ASAP.

I hate grits and okra. I know this sounds crazy, because I live in the south. I wasn’t raised here, and I didn’t know what either were til I moved down here. The textures are terrible…and the thought of having a piece of okra in my mouth is making me nauseous.

If it sparkles, then it’s mine! 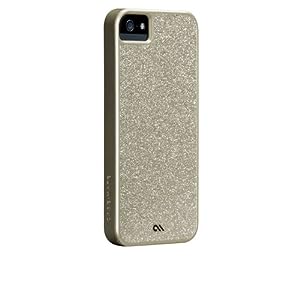 I can not lie. It is probably because I have a big butt. Seriously though, don’t ask me to lie for you because I will eff it up!

I am addicted to Michael Kors and Coach. My wallet will tell you all my addictions. Just shopping in general probably!

I love to drink water, but it HAS to be cold!

I am indecisive. Like, the worst ever! My husband gets so frustrated with me.  Don’t ask me where I want to eat or what I want to do…because I don’t know!

I love sushi, but I hate fish.

I don’t know how to swim.

I want to be a runner. All these blogs about running, 5K and half marathon training make me want to run. I am scared to start. I have a crappy knee and I know it will give me problems. Right now I am trying to get myself in better shape so that I have chance!

I am afraid of heights.

I am afraid of roller coasters. I rode a few one year in middle school because my friends threatened to ditch me, I am pretty sure I won’t be back on one anytime soon.

If I love a song, I replay the shit out of it!

Go link up with Whitney at I Wore Yoga Pants to Work so I can learn some facts about you!

Friday Five-To the sweet tunes of 311