There are some topics that aren’t spoken of much. There are certain events that happen in your life and you tend to bury them deep down because they hurt to think about.

The other day I was listening to Spotify on my way home from work. I was driving along down a back road, watching the sunset and a song came on that reminded me of someone. The song was “Hold On” by Good Charlotte and it reminds me of one of my best friends from high school, MG.

During the fall semester of my sophomore year of high school, my family relocated to Georgia. I had to leave all my friends behind and it was hard. It seemed as though I was just adjusting to the new school that I had started at just the year before, and here I was having to do it all over again. I went from going to an incredibly small high school in the middle of no where Missouri to a VERY large high school in metro-Atlanta.

I had a lot of trouble my sophomore year. Adjusting to the move was difficult. Making new friends was difficult. Trying to keep in touch with the friends I moved away from and missing them like crazy. One day I came home from school and my friend MG called me and said that she had ran away from home and was traveling down to GA with her boyfriend and to be expecting her to drop by. I knew she had a lot going on in her life. She seemed depressed and she was dating someone much older than she and they were on and off. I couldn’t believe that she was coming to see me.

I battled very hard about what the right thing to do was in this situation. Do I call MG’s mom and tell her? Do I keep my friends secret because that is what friends are supposed to do? I turned to my parents, as I knew what the right thing was and I was trying to figure out how to do it without betraying her and running her off. My parents worked with MG’s mom and played it cool. When they arrived in GA we took MG and her bf to dinner and her parents magically showed up there. My parents took the blame for calling. It seemed like her and her parents made up and they all left back to Missouri together.

Things were normal for a little while. Then I got sick. So very sick. I was in and out of the hospital with pneumonia. Taking tons of sick days from school. I was a mess. Also, my grandmother was not doing so well at the time and my mom left to take care of her some that spring. I wasn’t allowed to see her because I was sick and we didn’t want her to get sick. It was hard on me.

One day when I came home from school, the phone rang and I overheard my mom. She got very quiet and gave her condolences and walked outside to finish the conversation. Deep down I knew what this was about.

When my mom came back inside she called me downstairs. She told me that she had just gotten off the phone with MG’s family and that MG had taken her own life. That her mom found her hanging in the basement when she had gotten home from work. Her funeral was to be later that week, and that she wishes she could send me but I just wasn’t healthy enough to travel.

At first I was angry. Why would she do something like this? Then I was sad. My best friend is gone and I wasn’t able to help her. Why didn’t she call to talk to me. Was her life so bad that she felt like she had to end it? I heard many rumors from others that knew her that she might have been pregnant with her bf’s baby. That they were on and off and it upset her. That people were mean to her at school. There were tons of rumors. But that is all that they were to me, just rumors.

Even though I missed the funeral, MG’s mom sent me a package the following week. It had her funeral program in it, a few pictures of us together from her room…and a letter thanking me for being such a good friend to her daughter.

MG was the nicest person to me at that school. When my parents decided to move into a new school district the week before my first day of high school I was so mad and scared and upset. MG came up to me after freshmen orientation and said, “You look nervous but don’t be. We are all new here this year and its going to be ok.” She found me the first day of class and invited me into her circle of friends with open arms, no questions asked. How could someone who once did that, take their own life?

My parents were very concerned about me. I had a really rough year, and now my best friend was gone. They called the school and let the guidance counselor know what was going on in my life. They wanted her to talk to me privately to see if I was ok. I got called out in first period English class and when I found out why I was there I was furious. I told the counselor that there was nothing to talk about. MG was gone and I was dealing with it. She said that she was always there to talk to, and asked me about other things in my life instead. She said that it was getting close to the end of my sophomore year and asked me about my plans for what I wanted to do after high school. She asked what I thought about Collins Hill since it was my first year there. Just general questions.

When I got home, I told my mom that I was ok and not to call the school anymore. That I was embarrassed I got called out of class to go see the counselor. My mom said she just wanted to be sure that I was ok and wanted to hear it from someone else because I wouldn’t talk about what happened at home. That she couldn’t bear to lose me the way that MG’s parents lost her. I couldn’t be mad at her anymore for that.

I am just so thankful that my mom could tell that I was upset and holding things in to myself. While it would never be in my nature to do something like that, you just never know. If you ever think that someone might be contemplating suicide, or even showing signs of depression….talk to them. Or call someone who can talk to them. Nothing is ever that bad. You could save a life.

This world, this world is cold
But you don’t, you don’t have to go
You’re feeling sad you’re feeling lonely
And no one seems to care
You’re mother’s gone and your father hits you
This pain you cannot bare 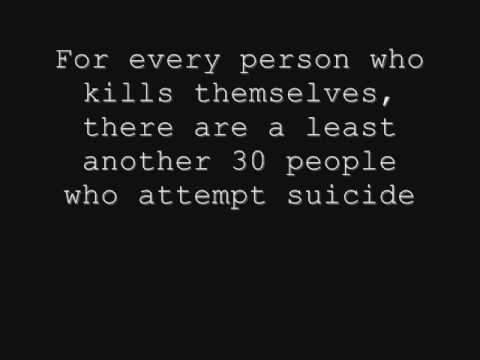 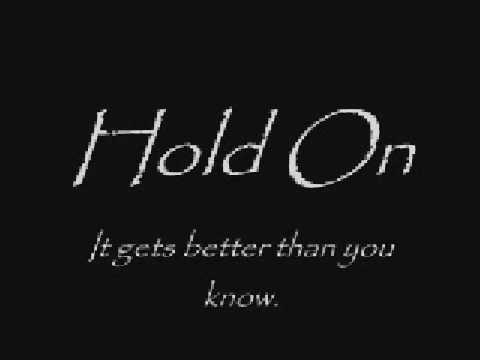 Pick and Choose Your Battles